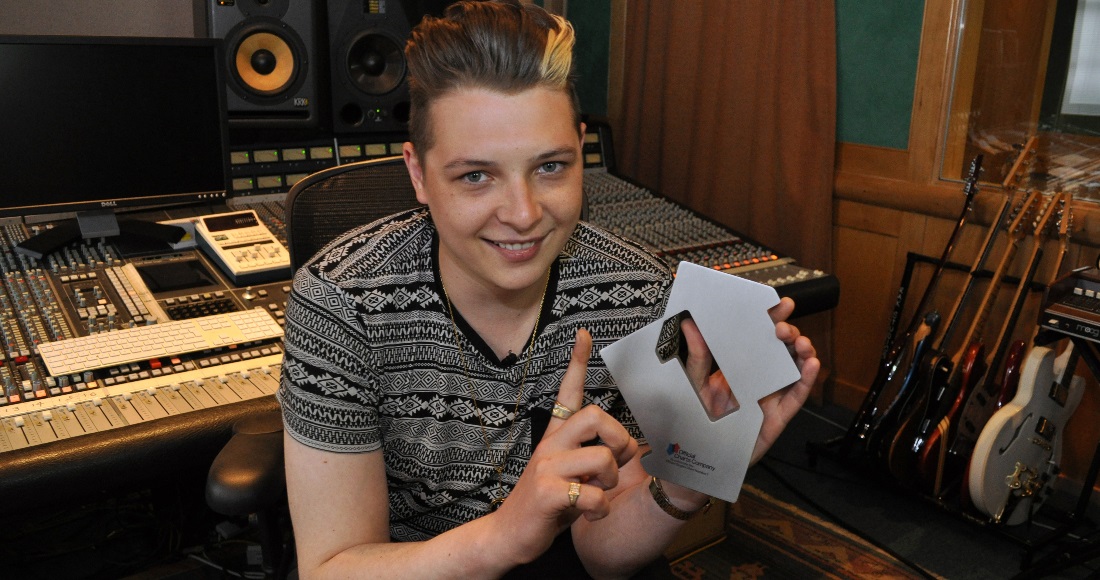 Following the success of his Number 1 smash, Feel The Love, with Rudimental, and his own chart toping single, Love Me Again, John Newman has gone straight in at Number 1 on the Official Albums Chart.

Despite tough competition from chart legends Sir Paul McCartney and Cher, 23-year-old singer / songwriter John Newman has gone straight in at Number 1 on the Official Albums Chart today with his debut album, Tribute.

The singer, who hails from Settle in North Yorkshire, shot to fame last summer providing guest vocals on East London collective Rudimental’s Number 1 smash, Feel The Love. Since then he’s gone on to top the Official Singles Chart in his own right with Love Me Again, and scored another Top 10 single earlier this month with Cheating.

“It’s such an amazing thing for an artist to have a Number 1 album, especially on a debut,” John told OfficialCharts.com. “It means so much to me and I just want to say thank you to everyone who has supported me and helped make this happen. Can't wait to see everyone on tour next week!”

Pearl Jam debut at Number 2 today with Lightning Bolt. The US band’s tenth studio full-length is their highest charting UK album since VS in 1993, which also peaked at Number 2. Sir Paul McCartney enters one place behind them with his sixteenth solo album, New (3), while Closer To The Truth (4) gives Cher her highest charting studio album since Love Hurts topped the Official Albums Chart some 22 years ago. Former Britain’s Got Talent finalists Jonathan And Charlotte, complete this week’s Top 5 with their second album, Perhaps Love (5).

The Saturdays make their fourth career appearance in the Official Albums Chart Top 10 with Living For The Weekend. The album includes their recent hits 30 Days, Gentleman, Disco Love and their first ever Number 1 single, What About Us. Will Young’s new Best Of Collection, The Essential Will Young, enters at 15, followed by rising US folk rock star Lissie with her second studio album, Back To Forever (16).

Chart veteran Gary Numan debuts at Number 20 with his 20th studio album, Splinter (Songs From A Broken Mind), while  UK rapper Giggs is new in at 21 with When Will It Stop. This week’s new entries are completed by Trivium’s Vengeance Falls (23), Eliza Doolittle’s In Your Hands (25), Matt Goss’ Life You Imagine (27) and The Very Best Of Cilla Black (37).