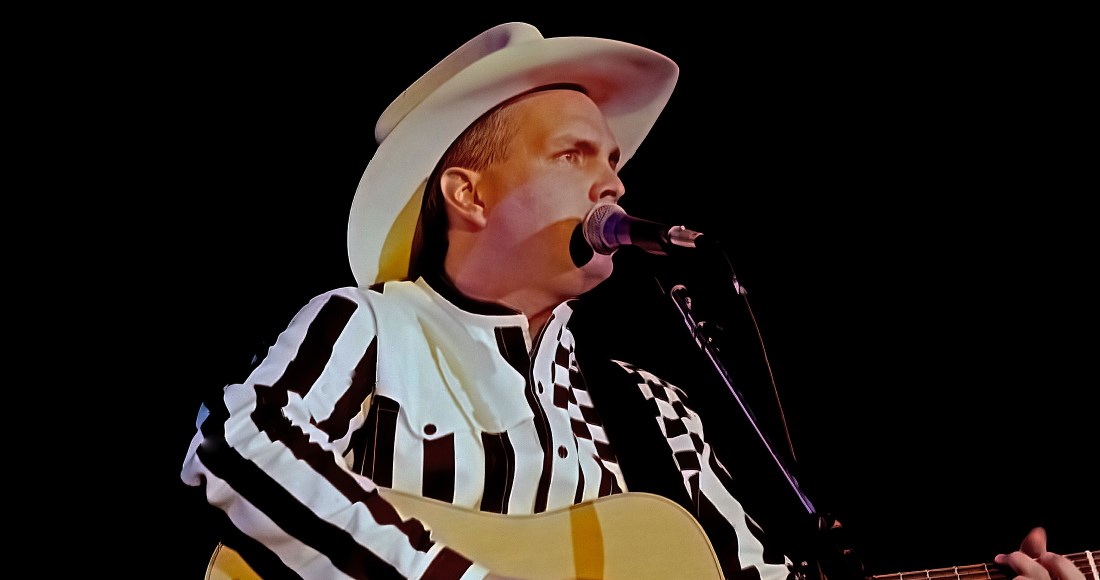 Garth Brooks is an American singer and songwriter born in Tulsa, Oklahoma, on February 7, 1962. He is the best-selling solo albums artist in the United States with 148 million units shifted, ahead of Elvis Presley, and is second only to The Beatles in total album sales overall. Garth Brooks was primarily one of the figureheads of the early 1990s phenomenon New Country, which added poppier hooks to country music for more commercial appeal, and Brooks would often perform live on wires and float above the audience to emphasise it. Garth Brooks created the edgy rocker alter ego Chris Gaines in 1999, and the audience reacted unfavourably to his new guise. Garth Brooks’ biggest success in Britain was 1994's In Pieces, which peaked at Number 2 on the UK's Official Albums Chart. Image: Mark Reinstein/Shutterstock