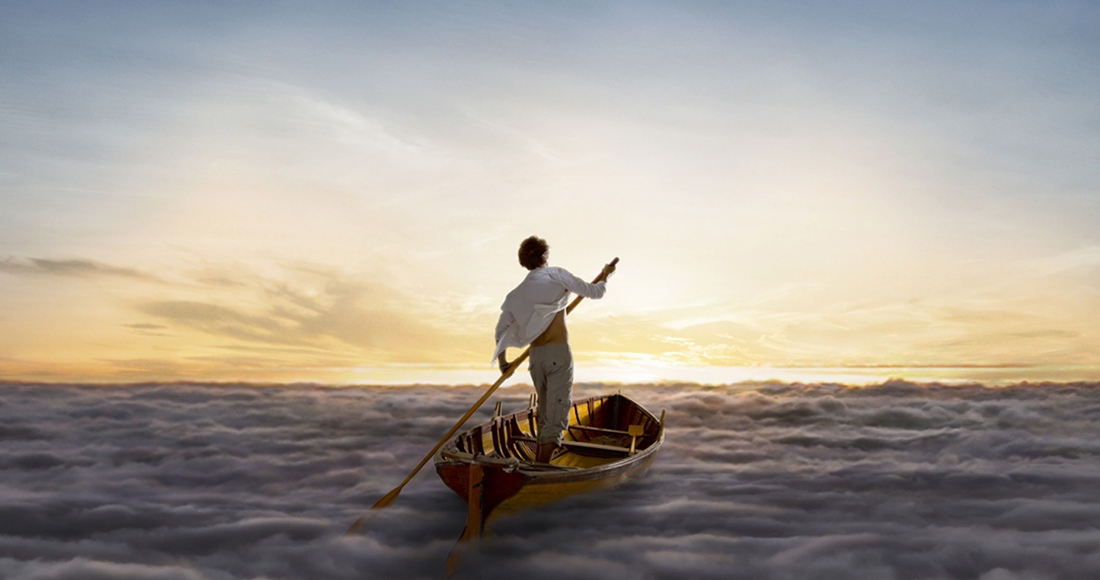 Taking a strong lead on fellow rockers Foo Fighters, Floyd’s The Endless River has sold over 92,000 copies at this midweek stage and is set to become one of the fastest-selling artist albums of the year, as well as Pink Floyd’s first chart topper in nearly two decades.

The LP is the group’s first since the death of keyboardist and founding member Richard Wright, who appears on the record posthumously.

The album is based on unreleased material from the band which was written, recorded and produced with Richard during session for 1994’s Number 1 album, The Division Bell.

New at Number 2 today are Foo Fighters with their eighth studio album, Sonic Highways. If its sales momentum continues in to the weekend, the LP will be the group’s tenth UK Top 40 release.

Sam Smith’s In The Lonely Hour is up two places to 3 today, followed by Ed Sheeran’s X, at 4.

Completing today’s Top 5 are Queen with Queen Forever (5). The album is comprised of classic Queen tracks alongside three previously unreleased songs including; collaboration with Michael Jackson, There Must Be More To Life Than This, previously unfinished Let Me In Your Heart Again (from The Work’s album recording sessions) and a new ballad version of Freddie Mercury’s first solo UK Top 40, Love Kills.

Fresh from becoming the UK female with the most Number 1 singles in history last week, Cheryl is new at Number 6 with her fourth studio album, Only Human.

US metal group Machine Head are set to score their sixth UK Top 40 album with Bloodstone & Diamonds, while Pakistan-born singer Rumer lands at 12 midweek with Into Colour.

Read: Rumer talks Into Colour: 'New album is hopeful, but you can hear the damage'

Donny Osmond is at 14 with The Soundtrack Of My Life, trailed by county singer-songwriter Garth Brooks with Man Against Machine (21).

At 31 today is the 2CD Ultimate Edition of Whitney Houston Live: Her Greatest Performances, which includes 2007’s Ultimate Collection.

There are also three re-entries in today’s Update, Foo Fighters make their second appearance in the Top 40 with 2009’s Greatest Hits, up 86 places to 15. James Blunt’s Moon Landing (30) climbs 141 places thanks to the Apollo Edition, and the 30th Anniversary Edition of Bryan Adams’ Reckless lands at 36.