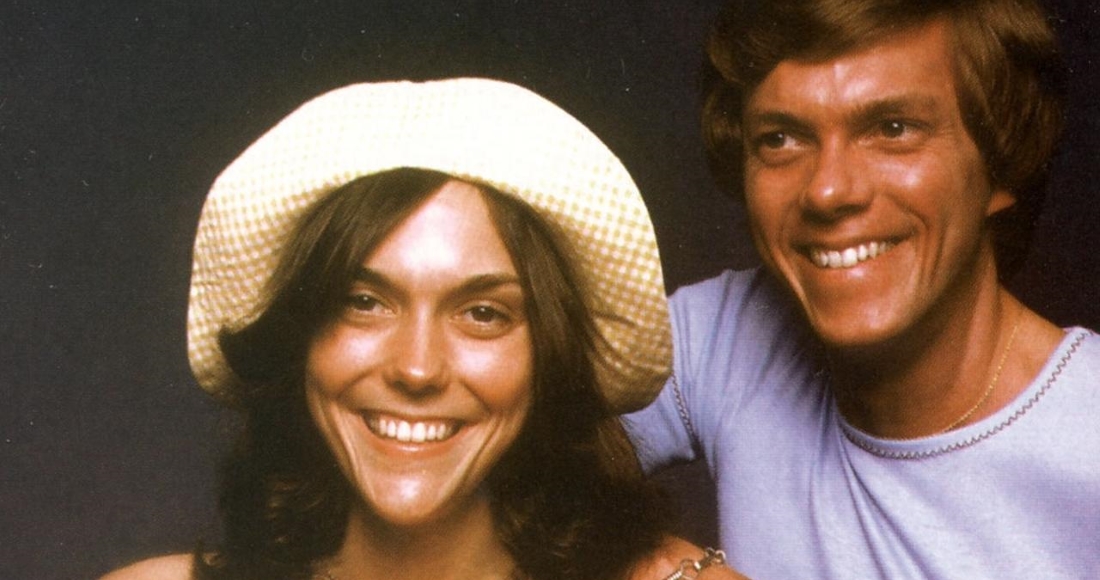 The Carpenters were an American vocal and instrumental duo consisting of siblings; singer and drummer Karen (born March 2, 1950, in New Haven, Connecticut) and musician, record producer, songwriter, and music arranger Richard Carpenter (born October 15, 1946). They first performed together as a duo in 1965 and formed the jazz-oriented Richard Carpenter Trio followed by the MOR group Spectrum, before settling on The Carpenters when they were signed to A&M by an impressed label owner and legendary trumpeter Herb Alpert in 1969. The Carpenters made their UK chart debut with the Bacharach & David standard (They Long To Be) Close To You after it had been a Number 1 in the US, kicking off a string of singles success through the seventies. The Carpenters had one of the biggest-selling albums of the decade with the compilation The Singles: 1969–1973, which became the first of their three Official UK Album Chart Number 1s. The Carpenters have sold over 90 million records throughout their career, but effectively ended when Karen died of heart failure as a result of a long-running battle with consequence of anorexia nervosa in February 4, 1983.
View Comments
comments powered by Disqus