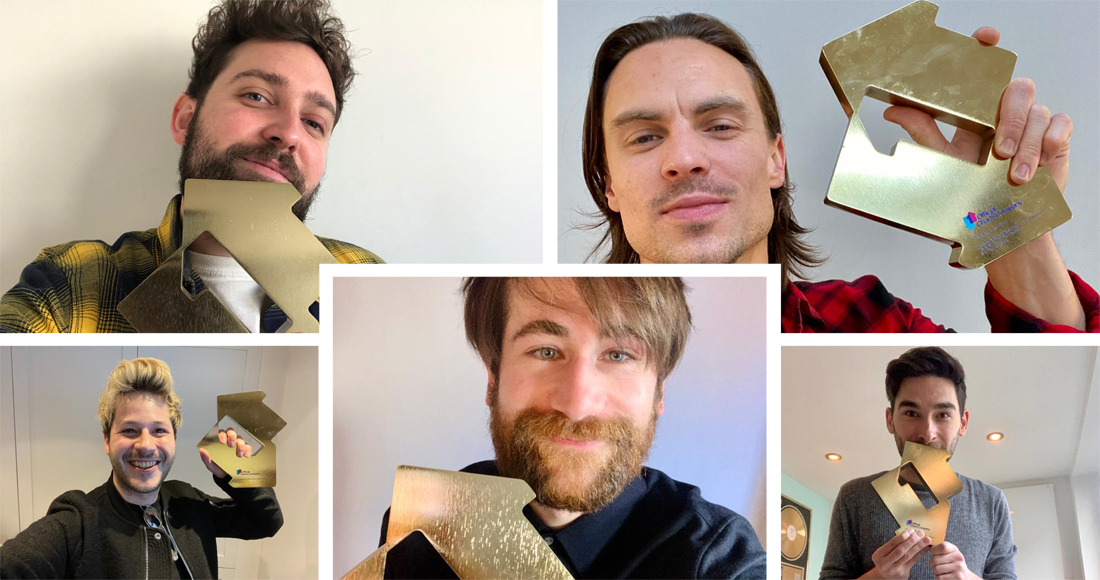 You Me At Six have gone straight to Number 1 on the Official Albums Chart with SUCKAPUNCH.

Reflecting on their chart-topping success You Me At Six said, "A truly incredible moment for our band. Our love for our fan base, and their support, is endless. They have been the light at the end of a tunnel of a pretty rough time. The support of our loved ones, family, partners, friends. Everyone who worked on this record. Dan Austin and the rest of our studio family who worked relentlessly to make this with us. Our second number one almost seven years later is just madness. Sixers for life."

In a further, celebratory video reaction clip for OfficialCharts.com, singer Josh Franceschi had a message for the band's fans, and also their detractors: “Thank you to our fans, you guys are incredible. Without you we wouldn’t be here after 15 years. Maybe most importantly, thank you to everyone who has caused us pain or wrote us off or said we were done. This is for you. We made this record for you, to remind you to put some respect on the name.”

85% of SUCKAPUNCH’s week 1 chart sales were physical copies, over half of which were purchased from independent record shops, placing them at Number 1 on this week’s Official Record Store Chart.

MORE: All the Number 1 albums on the Official Chart

Meanwhile, Eminem’s 2019 chart-topper Music To Be Murdered By flies 17 places to Number 3 following the CD release of its B-Side collection. Sleaford Mods scoop their first ever Top 5 album with Spare Ribs, which debuts at Number 4, and US boyband Why Don’t We score their first UK Top 10 album with their second collection The Good Times And The Bad Ones at Number 5.

Elsewhere, Drunk Tank Pink by South London rockers Shame debuts at Number 8, their first Top 10 album. The band will appear on the next episode of The Record Club with Bowers & Wilkins on Wednesday 27 January to talk all about the collection and answer fan questions.

Further down, Zayn’s third solo album Nobody Is Listening makes a Top 20 debut at Number 17, while American singer-songwriter and rapper Ashnikko enters at Number 19 with her debut mixtape Demidevil.

Finally, Machine Gun Kelly’s 2020 pop-punk album Tickets To My Downfall rockets back into the Top 40 (39) following the release of a 49-minute music video titled Downfalls High, a “grease-themed” film set to the album’s tracks.