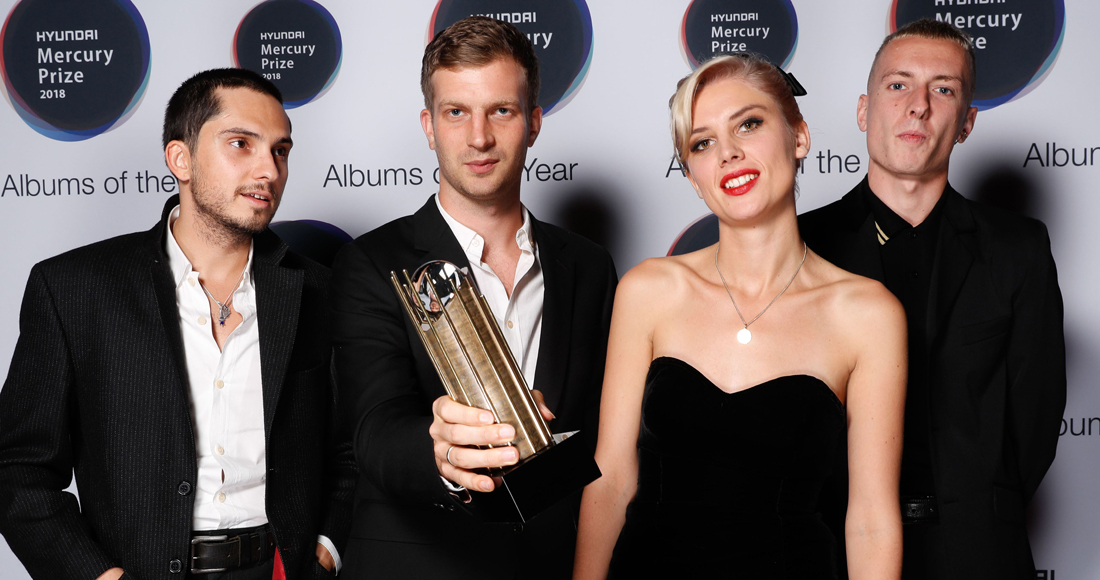 The winner of the Mercury Prize 2018 has been announced as Wolf Alice.

BBC Radio 1 host Clara Amfo presented the band with the prestigious award, which promotes what they consider the best of UK and Irish music.

The Ellie Rowsell-fronted band saw off competition from 11 other albums shortlisted for the award, including Novelist's Novelist Guy, Arctic Monkeys' Tranquility Base Hotel + Casino, Florence + The Machine's High As Hope,  Lily Allen's No Shame.

"Has anyone got a Jagerbomb?" the band declared after being announced as the winners.

Official Charts readers predicted Arctic Monkeys would take home the award in a poll of over 1,000 votes.

Last year's Mercury Prize was won by Sampha, who saw a 500% sales boost following his win, while in 2016 it was picked up by Skepta for his album Konnichiwa.

When in comes to sales uplift since the 2018 shortlist was announced in March, jazz group Sons of Kemet have been the real winners, enjoying a 38% boost in sales and streams of their album Your Queen Is A Reptile.

OfficialCharts.com looked into how all the Mercury Prize-winning albums have performed in terms of sales and chart positions. Just three have reached Number 1 on the Official Albums Chart.

Look back at all 26 previous winners of the Mercury Prize: