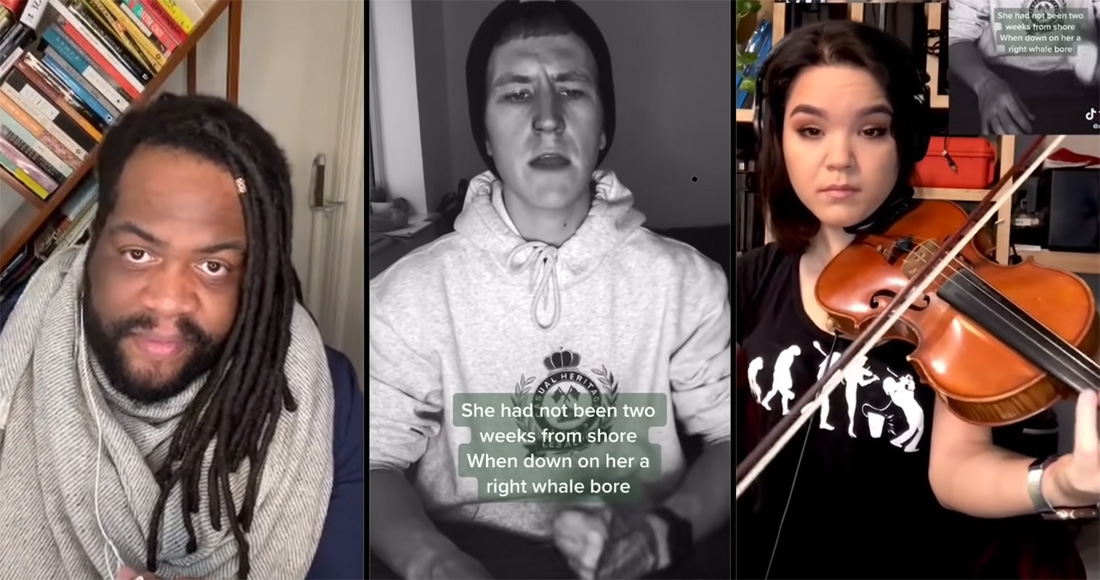 Unless you've been living under a rock for the past couple of weeks, you'll be aware that sea shanties are the latest global music trend sparked by TikTok.

The movement has been gathering pace over the past few months but went stratospheric at the end of last year when 26-year-old postman and musician Nathan Evans, from Airdrie, North Lanarkshire, posted a video of himself on TikTok performing popular sea shanty Wellerman.

Within days, shanties had overtaken the social media platform and become a global online obsession, known as ShantyTok, with people posting their own sea shanties and memes.

The movement is now sending the song that started it all into the mainstream; a recording of Wellerman by Bristonian band The Longest Johns is currently at Number 33 on the Official UK Singles Chart in the latest update (January 18).

The song itself is a classic sea shanty, written and sung by the crews of whaling boats working for the biggest whaling and export company out of New Zealand, named Weller. The version by The Longest Johns was recorded in late 2019, when the sea shanty trend first kicked off online.

The band, comprising of Jonathan 'JD' Darley, Andy Yates, Robbie Sattin and Dave Robinson, have spent the last eight years performing sea shanties at festivals across the UK and had garnered a small but loyal fanbase.

Towards the end of 2020, The Longest Johns allowed Twitch streamers to use their music for free in the background of their streams, and one song in particular exploded: Wellerman.

Why is this happening now? Apart from the obvious response - why not? - The Longest Johns credit their success down to genre's simplicity, similar to football chants, making them easy to sing along to.

Others are putting the explosion of sea shanties down to the pandemic; the songs are usually about people stuck in a difficult situation but assured better times are ahead. Lyrics to Wellerman include: "Soon may the Wellerman come/ To bring us sugar and tea and rum/ One day, when the tonguin’ is done/ We’ll take our leave and go."