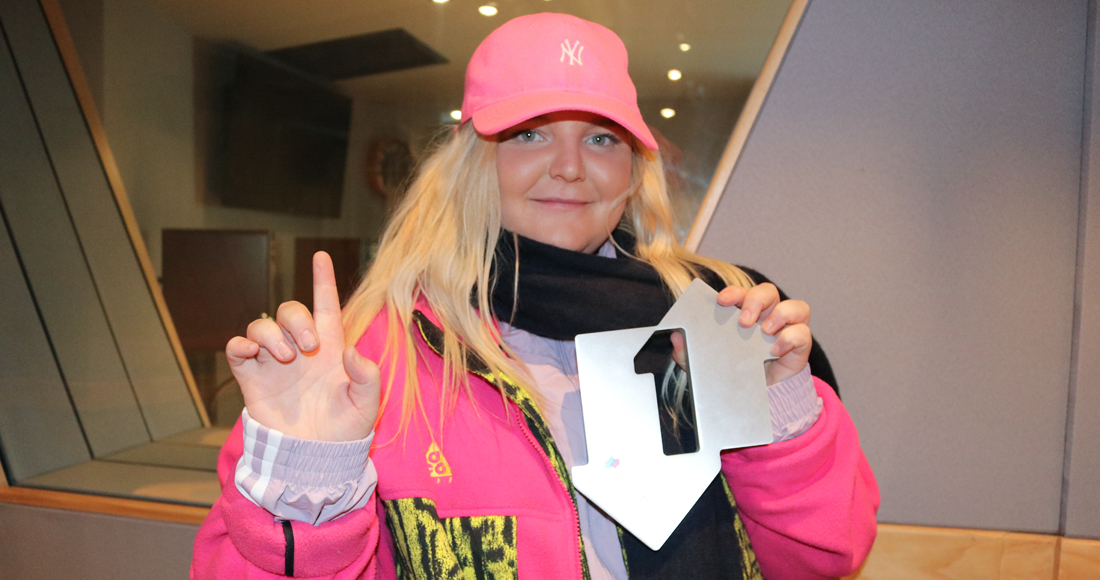 Dance Monkey continues to boogie at the top of the Official Singles Chart, earning Tones and I a mammoth seventh week at Number 1.

By extending her lead at the top, Australian singer-songwriter Tones and I – real name Toni Watson – now has the longest-running UK chart-topper by a female lead since Leona Lewis’s Bleeding Love, which spent seven weeks at Number 1 in 2007.

Dance Monkey scored 83,000 chart sales to keep its spot at the summit, including 9.6 million streams. Watch Tones receive her Official Number 1 Award and talk about the global success of the song below:

"It’s overwhelming to think this song is really resonating in another country," Tones and I told Official Charts. It’s a really good feeling, I’m really proud of myself. Dance Monkey is a special song for me and my friends – I wrote it for them. It’s always going to be a song that reminds me of busking, playing in streets and making people happy."

Meanwhile, J Hus claims this week’s highest new entry with Must Be at Number 5 – the British rapper’s strongest debut and highest charting track to date.

Production trio Meduza are on the cusp of landing their second Top 10 with Lose Control ft. Becky Hill & Goodboys, up three to 11; rapper Fredo lands his seventh Top 40 single with Netflix & Chill at 13; and Dave earns a 15th Top 40 with Paper Cuts at 15.

Following his boxing match win against Logan Paul, British YouTuber KSI enters the Top 40 at Number 18 with Down Like That ft. Rick Rossm Lil Baby and S-X; US singer-songwriter Arizona Zervas vaults 18 places to Number 24 with his global breakthrough hit Roxanne; and Young T & Bugsey’s Don’t Rush ft. Headie One is new at 28.

Further down, rising London-born singer and rapper Darkoo scores her UK Top 40 debut with One Acen collaboration Gangsta at 34; Endor’s rework of Danzell’s 2004 dance hit Pump It Up climbs seven spots to 36; and Tom Walker’s Better Half Of Me zooms 14 places to 40.