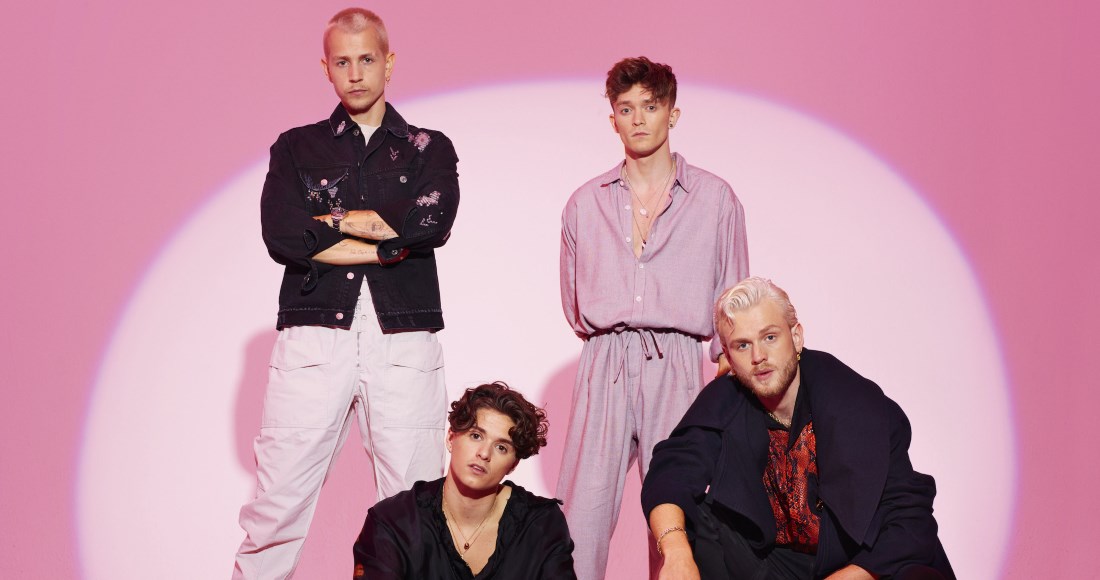 At the top of the pile on today’s Official Chart Update are The Vamps, on track for their second Number 1 album with Cherry Blossom. The group’s fifth record is outselling its two nearest rivals combined and has the most physical sales so far this week. The boyband previously topped the chart with 2017’s Night & Day (Night Edition), with all their previous works going Top 10.

MORE: The Vamps talk new music and coming close to burning out: "It felt like a conveyer belt"

Irish country singer Daniel O’Donnell has had a Top 10 album in each of the last 29 years, and he could claim his highest charting yet this week. New album Daniel is Number 2 midweek and is set to give him his landmark 40th Top 40 album.

Georgian-British singer Katie Melua could score her best chart position in 13 years with the critically acclaimed Album No. 8 at Number 3, Derbyshire glam metal four-piece The Struts are heading for their first Top 40 entry with third album Strange Days at Number 4, and indie rock singer Beabadoobee – nominated for the 2020 BRITs’ Rising Star Award – is at Number 5 with her debut album Fake It Flowers.

A 70-track deluxe edition of Tom Petty’s 1994 album Wildflowers titled Wildflowers & All The Rest is on course for the Top 10 at 6, Eagles live album Live From the Forum MMXVIII is at 7, and The National’s Matt Berninger could earn a Top 10 placing for his debut solo album Serpentine Prison at 10.

Following his performance on The Graham Norton Show last Friday, Michael Kiwanuka’s Hyundai Mercury Prize winning album KIWANUKA is heading back to the Top 40 at Number 11, currently the most downloaded album of the week. Also in pursuit of this week’s Top 20 are British electronic duo Autechre with Sign at Number 15, and Hawkwind Light Orchestra with Carnivorous at Number 19.

Four more new releases are vying for spots in the Top 40. They are: The Who’s Essential (29); Addict by Dub Pistols (33); Porcupine Tree’s Pure Narcotic – Acoustic Session 2012 (37); and Memory in My Feelings (40), the collaborative album between Catherine Anne Davies and Bernard Butler.