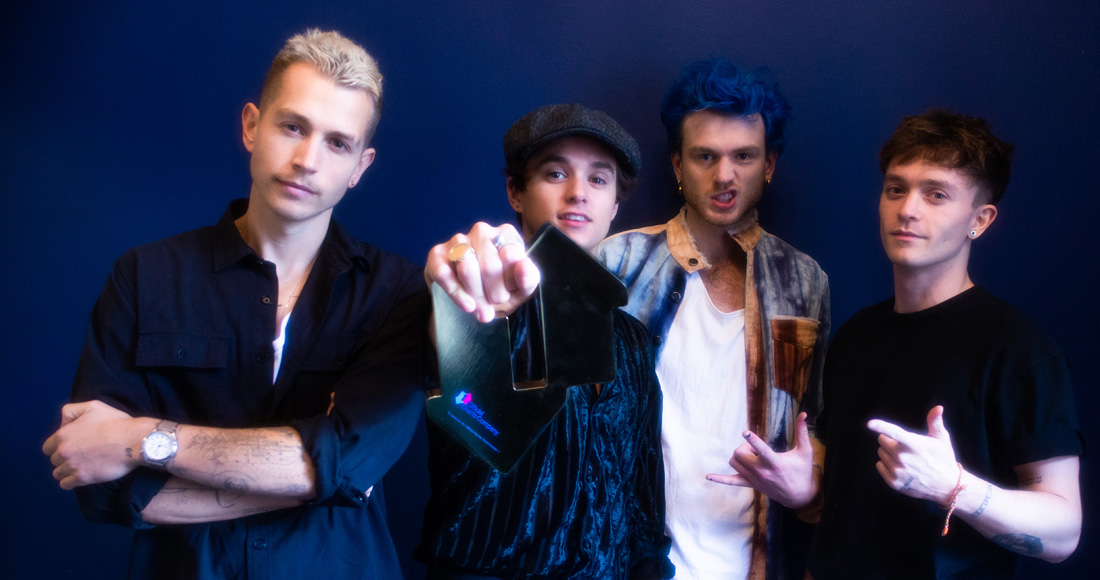 The Vamps make a triumphant return to the Official Albums Chart this week as their new album Cherry Blossom lands straight in at Number 1.

The band’s fifth record is their second to reach the summit following 2017’s Night & Day (Night Edition). All of their previous albums have reached the Top 10 – view The Vamps’ Official Chart History in full here.

Watch The Vamps reaction to Cherry Blossom landing at Number 1 on the Official Albums Chart below:

“Thank you so much to all of the fans and their support across this whole album," The band told OfficialCharts.com. "This is such a special album to us, and for you guys to have received it and given us our second Number 1 is insane! Thank you.”

87% of Cherry Blossom’s Week 1 total came from physical sales (CD and vinyl) – the album was also the week’s best-seller on vinyl.

Elsewhere in this week’s Top 5, Shoot For The Stars, Aim For The Moon by late US rapper Pop Smoke rebounds from 4 to 2, while beloved Irish country singer Daniel O’Donnell is new at 3 today with Daniel. The entry is his joint-highest charting ever (with 2003’s Daniel In Blue Jeans), and the entry cements his landmark 40th UK Top 40 album - read more on Daniel's incredible feat on this week's chart here.

Further down the Top 10, Katie Melua’s Album No.8 enters at Number 7, marking her eighth Top 10 record. The musician told OfficialCharts.com she was "feeling incredibly excited and so proud of the wonderful team that I work with... it feels just like the beginning."

Indie rock singer Beabadoobee – nominated for the 2020 BRITs’ Rising Star Award – is new at Number 8 with her debut album Fake It Flowers.

Finally, The National’s Matt Berninger is new at 21 with his debut solo album Serpentine Prison, and Eagles’ Live From the Forum MMXVIII enters at 26.