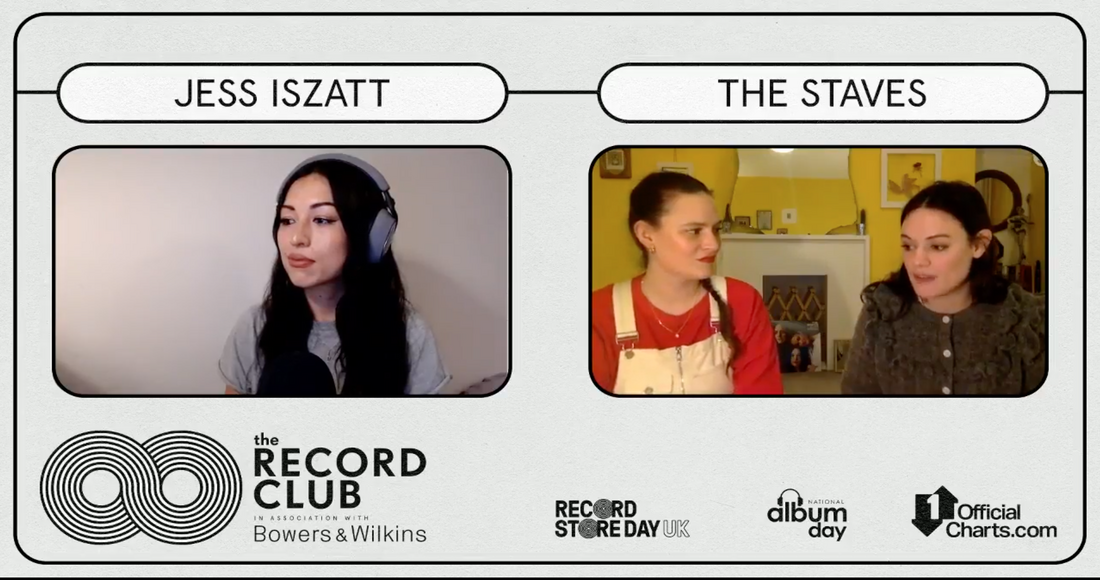 The Staves have explained that a challenging writing process for their new album Good Woman means the LP has a significant "personal weight" to it.

On the latest episode of our livestream series The Record Club in association with Bowers & Wilkins, sister band members Jess and Emily Stavely-Taylor said that "a lot" happened during the interim between records, and the content of Good Woman reflects that.

During the recording process, Jess and Emily explained that their mother sadly passed away, and their sister and third band member Camilla became pregnant, which was all channelled into the vibrant energy of the record by producer John Congleton.

"It's been such a mad experience because it went on so much longer than we thought it would," Jess said, explaining demos for the album were originally cut in 2017, before recording finished at the start of 2020.

"So much has happened in that time so it's very hard to separate [events] from the making of the album," she continued. "It ended up having so much personal weight, it feels like a culmination of that entire period of time."

The girls explained during the album's creation, a lot of stuff occurred ("births, deaths, breakups") and the most challenging aspect of writing and recording the material was remaining "inspired and assured".

But it looks like the girls' assurance is indeed paying off. As it stands, The Staves are on course to gain their first-ever Top 10 album on the Official Albums Chart this week.

Their second album, If I Was, is currently their highest-peaking, reaching Number 14 in 2015.

The Record Club in association with Bowers & Wilkins is a series brought to you by Official Charts, Record Store Day UK and National Album Day, which takes place every other Wednesday at 6.30pm GMT.