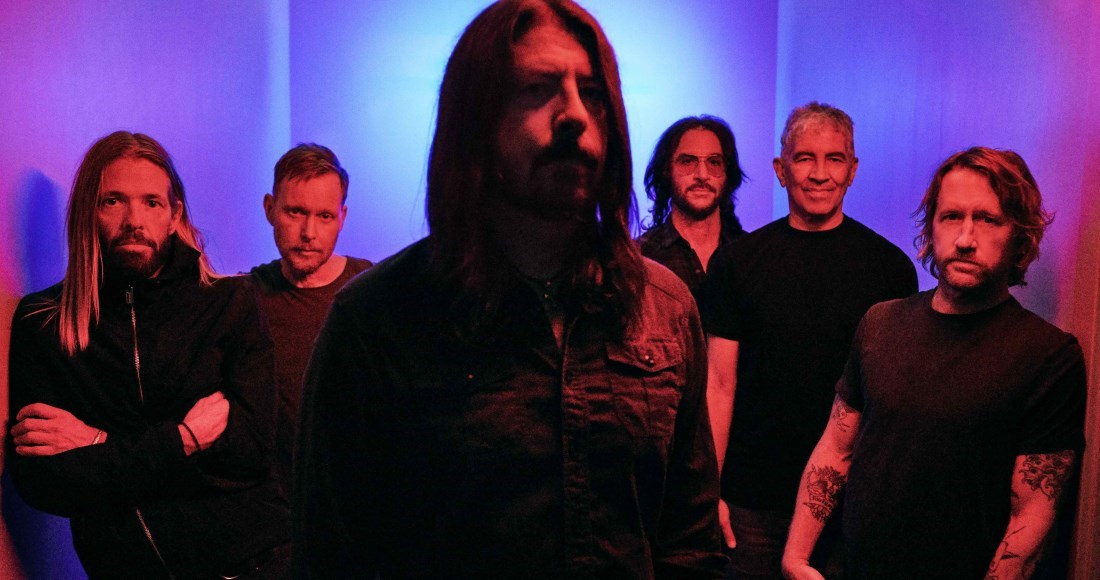 Foo Fighters are storming towards their fifth UK Number 1 album with their new studio record Medicine at Midnight.

The rock legends - aka Dave Grohl, Taylor Hawkins, Nate Mendel, Pat Smear, Chris Shiflett and Rami Jafree  - are outselling the rest of the Top 10 combined in pursuit of the top spot on today’s Official Chart Update (Feb. 8) and have racked up the most physical and digital sales of the week so far.

Medicine at Midnight is on course to become Foo Fighters’ fifth chart-topper on the UK’s Official Albums Chart following One By One (2002), Echoes, Silence, Patience & Grace (2007), Wasting Light (2011) and Concrete & Gold (2017). See where all of Foo Fighters’ albums and singles have charted in the UK, and find out what are Foo Fighters’ biggest albums in the UK.

In the runner-up spot on today’s sales flash are Seattle folk band Fleet Foxes with Shore. Surprise-released in September 2020, the collection was released on physical formats this past Friday. Shore could mark Fleet Foxes’ third album to wash up in the Top 3, with their highest UK chart position to date being Number 2 logged by 2011’s Helplessness Blues.

London experimental rock group Black Country, New Road round out an all-new midweek Top 3 with their debut album For The First Time (3), while on track for the Top 5 is Canadian singer The Weeknd with his greatest hits The Highlights (5), released to coincide with his Super Bowl half-time performance. View Official Charts’ rundown of The Weeknd’s biggest hits in the UK.

Folk sister trio The Staves – who are guests on this week’s episode of The Record Club in association with Bowers & Wilkins – are on course for their first UK Top 10 album with their fourth studio album Good Woman at 6, and Scottish pop/rock group Deacon Blue are heading for a seventh UK Top 10 album with Riding on the Tide of Love at 7.

Following her performance on The Graham Norton Show last Friday (Feb. 5) Jessie Ware’s Top 3 album from 2020 What’s Your Pleasure? is set for a re-entry at Number 11, prog rock band Transatlantic are in line for their first UK Top 40 album with The Absolute Universe at Number 14 midweek, and also set to make their Official Albums Chart debut are Canadian folk band The Weather Station with Ignorance at Number 22.