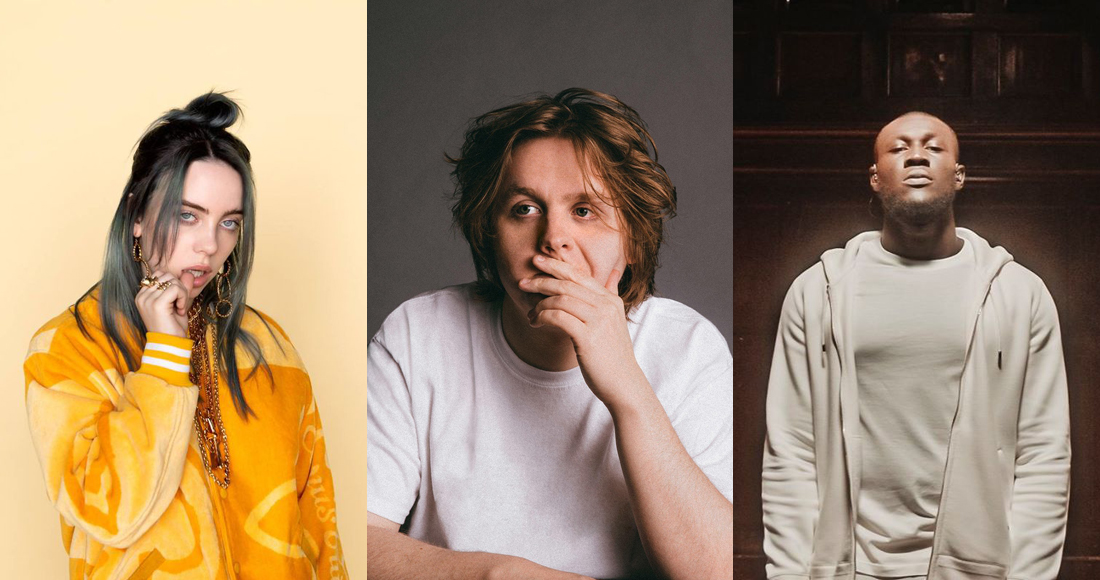 The UK’s Top 40 biggest songs of 2019 have been unveiled, and Lewis Capaldi takes the Number 1 spot with Someone You Loved.

The Scottish singer-songwriter’s big breakout track, which spent seven weeks at Number 1 across March/April, notched up a massive 2.33 million chart sales in 2019, according to Official Charts Company data. Someone You Loved is also the year’s most-streamed song, with 228 million audio streams across the likes of Spotify, Apple Music and Deezer.

Three more Lewis Capaldi songs finish inside the year-end Top 40: Top 5 hit Hold Me While You Wait at 14, Bruises at 25 and Grace at 27. View Lewis Capaldi's Official UK Chart history in full.

Tones & I with her Official Number 1 Single Award for Dance Monkey.