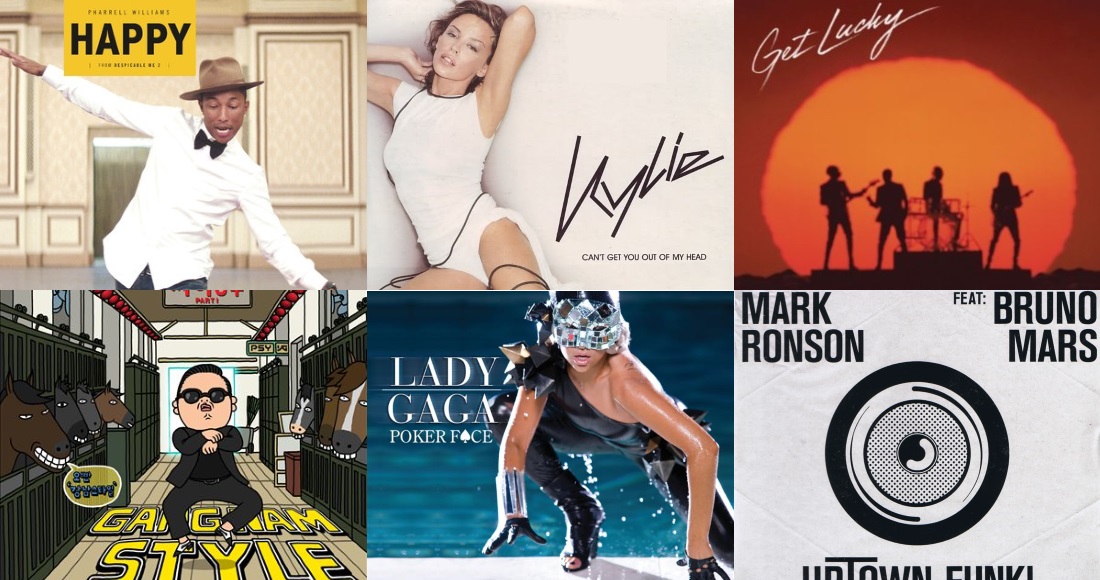 Pharrell Williams' has another accolade to add to his ever-growing list of achievements; Happy is officially the biggest selling single of the Millennium so far.

As the singer and producer gears up for his performance at this year’s Isle Of Wight Festival, OfficialCharts.com can confirm that Happy has now overtaken Will Young’s Pop Idol winner’s single Anything Is Possible/Evergreen as the best-selling single of the Millennium, according to a new countdown compiled by the Official Charts Company.

Happy has sold 1.81 million since it was released in June last year as part of the Despicable Me 2 soundtrack, and later as the lead single from the star’s second solo album G I R L.

Happy first hit Number 1 on the Official Singles Chart in January 2014 and has spent four non-consecutive weeks at the summit. Its highest sales week was on the third week of January in 2014, when it sold a combined total of 127,500.

Since its release, the track has racked up a weekly combined sales average of 21,000, spent 50 weeks in the Top 40 and is currently enjoying its 80th week in the Top 100. Click here to view its full, week-by-week chart history.

Pharrell makes a second appearance in the Top 5 best-selling singles of the Millennium so far at Number 3, as a guest feature on Robin Thicke’s Blurred Lines. The song, which was released in June 2013 and has sold 1.63 million, logged five weeks at Number 1 and was the best-selling single of that year.

Adele takes fourth place on the list with Someone Like You. The track, which has sold 1.57 million, spent five weeks at Number 1 following an emotional BRIT Awards performance in February 2011.

Completing the Top 5 is Maroon 5’s Christina Aguilera collaboration Moves Like Jagger. The song has shifted 1.5 million copies since its release in August 2011 and is one of a very small group of million-selling songs to have missed the top spot (it logged eight weeks at Number 2).

Notable entries further down the list (all 40 of which have sold over 1 million) are Mark Ronson and Bruno Mars’ Uptown Funk, which spent seven weeks at Number 1 in 2014/2015, has sold 1.39 million copies to date, while three X Factor winner’s singles  makes the Top 40: Alexandra Burke’s Hallelujah (17), James Arthur’s Impossible (18), Shayne Ward’s That’s My Goal (33).

The Official Biggest Selling Singles of the Millennium so far are: