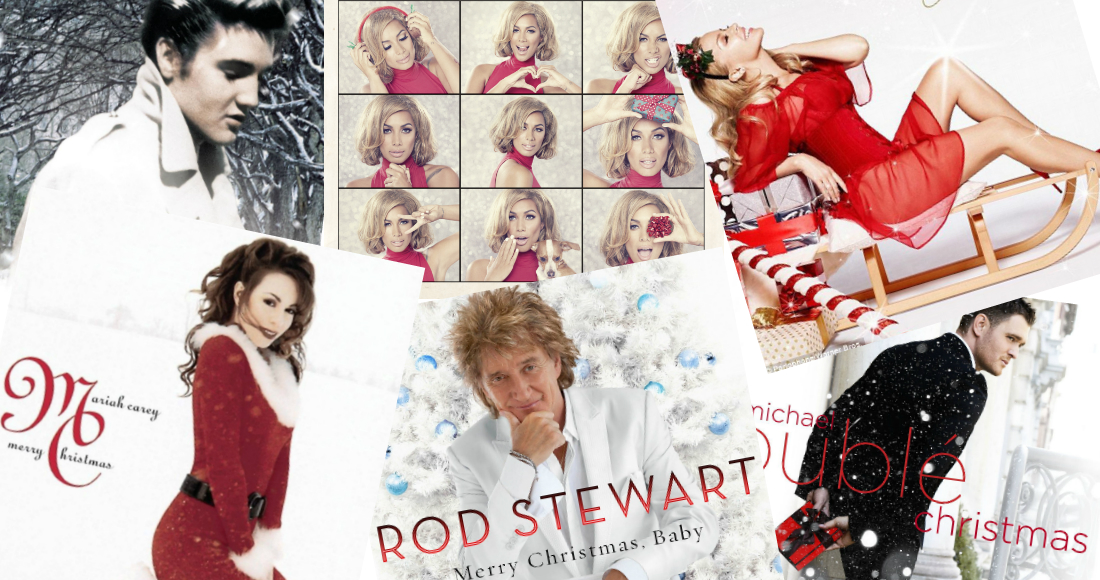 We all have our favourite Christmas songs we return to year after year, but for the hardcore Yuletide nut, only a full Christmas album with fresh renditions of festive standards and new future favourites will do.

Few are brave enough to tackle a Christmas album – Jessie J, John Legend, and Eric Clapton are the latest to have a go – but of those that do, who's been filling stockings and soundtracking magic gift-giving moments the most this century? OfficialCharts.com is counting down the top selling festive artists collections of the 21st century, so far…

The star at the very top of the tree is twinkly-eyed crooner Michael Bublé. His seasonal set – entitled Christmas, just to really hammer it home – is the ONLY Christmas Number 1 Album in chart history with the word "Christmas" in the title. Extra festive! It spent three non-consecutive weeks at the top on its release in 2011, and has returned to the Top 10 every year since!

Bublé's Christmas has sold a whopping 2.78 million in the UK according to Official Charts Company data, has spent over seven months in the Top 10 in total over the last seven years and is the UK's 20th biggest selling album since 2000. The record features 14 covers of Christmas classics plus two new songs - the most popular are his takes on It's Beginning To Look A Lot Like Christmas and Christmas (Baby Please Come Home).

MORE: The biggest new Christmas songs: How do they compare to the classics?

Another favourite male artist, Rod Stewart, takes second place with his Number 2-peaking collection Merry Christmas Baby from 2012 (636k sales). Plus, Christmas wouldn't be Christmas without Sir Cliff, and he's up in third with his 2003 festive collection Cliff At Christmas (409k), which features two of his festive chart-toppers Mistletoe and Wine and Savior's Day.

MORE: Have a go at this year's Official Charts Christmas Quiz

It may have been released back in 1994, but Mariah Carey's Merry Christmas continues to be a strong seller in the 2000s with 311,000 sales since the turn of the century, placing it seventh on the list. The record includes the million-selling single and one of the most popular festive songs of all time, All I Want For Christmas Is You.

The Top 20 biggest Christmas albums of the 21st Century