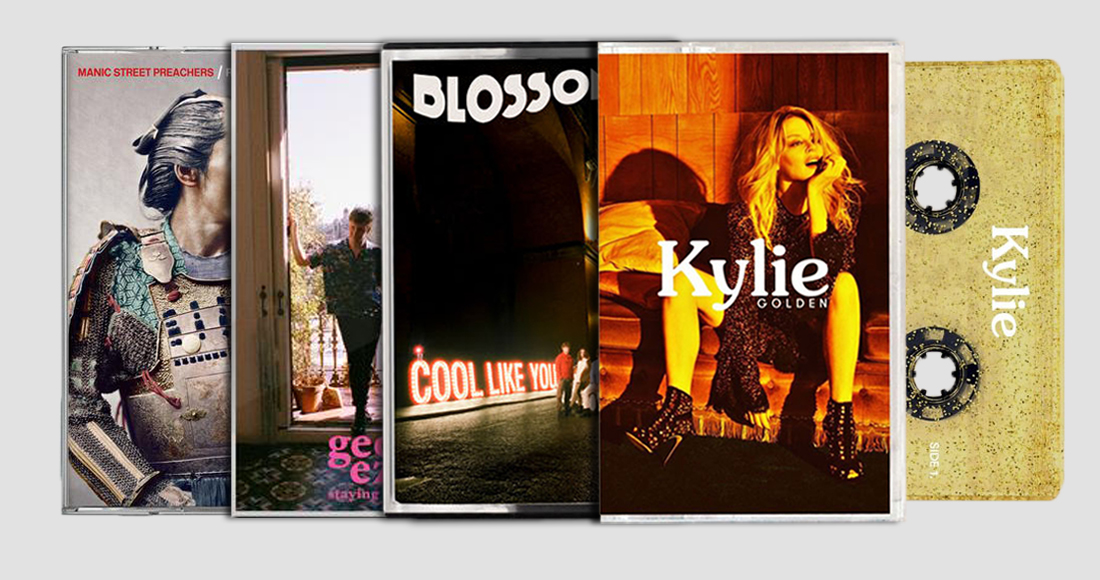 You may remember that last year, the humble cassette was experiencing a mini resurgence, driven mostly by acts making limited runs of their albums on the retro format as a collector's item for fans.

Cassette sales more than doubled last year, although their share of the music market is still tiny (less than 1%), with just under 22,000 sold in 2017. The Official Charts Company can today confirm that the number looks set to grow further with cassette sales already up 90% in 2018 compared to the same time last year.

Just over 18,500 copies have already been snapped up since the beginning of the year across more than 80 releases. In the same period last year, just 9,753 cassettes had been purchased.

While the numbers pale in comparison to vinyl's resurgence over the last five years, similar factors are at play. The appeal of a cassette is as a rare collectable, and also for followers of less mainstream genres it can be seen as a way of preserving exclusivity. But which releases are powering the current revival?

The UK's best-selling cassette of 2018 so far goes to Kylie Minogue's latest album Golden with sales of 2,847, according to Official Charts Company data. The singer released a limited run of the glitter-gold clear cassette the week of the record's general release, helping it debut at Number 1 back in April.

2018's second biggest cassette so far is Guardians Of The Galaxy - Awesome Mix 2, which took the title as last year's best-seller. The collection features classic songs taken from the sequel released last year, including ELO’s Mr. Blue Sky and Fleetwood Mac’s The Chain.

Close behind in third is Snow Patrol's latest album Wildness, while 30 Seconds To Mars are fourth with their current set America. Rounding off the Top 5 is Resistance is Futile, the latest album from Manic Street Preachers, which debuted at Number 2 on the Official Albums Chart in April.

More records released this year feature in the Top 20 list, including Arctic Monkeys' Tranquility Base Hotel & Casino, Palo Santo by Years & Years, and Blossoms' Cool Like You, while the oldest studio album in the Top 20 goes to AC/DC's 1980 record Back In Black, which was reissued on cassette for this year's Record Store Day in April.

“We’ve already seen a massive surge in vinyl sales and it looks as if cassettes are experiencing something similar," Martin Talbot, chief executive of the Official Charts Company, comments.

"While the sales are off a low base, it is remarkable that UK music fans have already snapped up almost as many cassettes in 2018 as they did in the whole of 2017 - and almost four times the levels of 3/4 years ago”.

The Official Top 20 best-selling cassettes of 2018 so far: