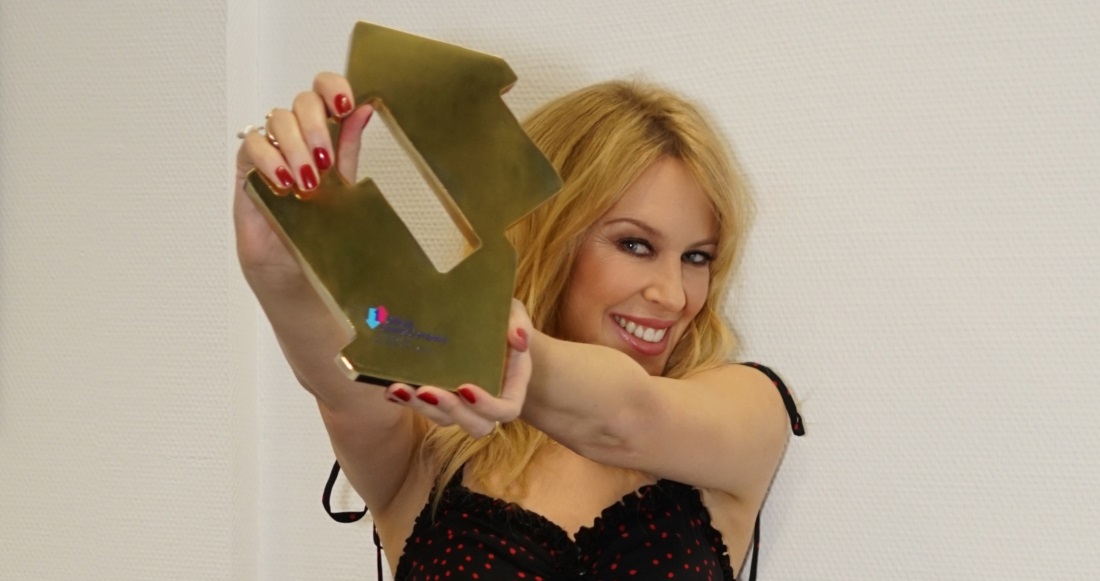 Kylie Minogue is shining bright at the top of this week’s Official Albums Chart as new album Golden, lands straight in at Number 1.

Kylie tells OfficialCharts.com: “I don’t know where to start… Thank you to everybody who has been involved in getting Golden to Number 1. I am so overwhelmed, happy, proud, emotional and very, very thankful and grateful. Much love and many, many, many thanks.”

Golden is also Number 1 on the Official Vinyl Albums Chart this week. With 6,400 vinyl albums sold, it is the fastest-selling vinyl album of 2018 so far. The collector appeal doesn’t stop at vinyl; Kylie’s Golden is also the fastest-selling cassette of the year to date and has already outsold the best-selling artist album cassette of 2017, Kasabian’s For Crying Out Loud. Read on for 50 Golden chart facts about Kylie.

The record finished 13,000 ahead of its nearest rival, the The Greatest Showman soundtrack, which slips to Number 2 this week. Check out the Official Top 40 biggest albums of 2018 so far.

What’s more, with just over a month to go until Kylie celebrates the big 5-0, she’s already crossed the threshold in terms of hit singles – Dancing enters the chart this week at 38, giving the pop princess her 51st UK Top 40 hit of her 30-year career. View Kylie Minogue's Top 40 best-selling singles.

30 Seconds To Mars log their highest ever chart placing this week with America at Number 4, one slot ahead of The Courteeners’ St. Jude Re:Wired at 5, extending their unbroken streak of Top 10 albums to six.

US rapper Cardi B opens at Number 6 with her debut album Invasion of Privacy, ahead of another debut release from Tom Misch – Geography is new at Number 8. Eels close the Top 10 at Number 10 with The Deconstruction, their 14th UK Top 40 record.

There are new entries in the Top 20 for Blackberry Smoke’s Find A Light (12) and Deeper by Lisa Stansfield (15), while the debut, self-titled record from Goat Girl impacts at Number 24 and was the best-selling album in independent record shops this week.

The Dead Daisies earn their highest charting album of their careers with Burn It Down at 28, while Arctic Monkeys’ former chart-topper AM returns to the Top 40 at Number 31 following the announcement of their new album Tranquillity Base Hotel & Casino.