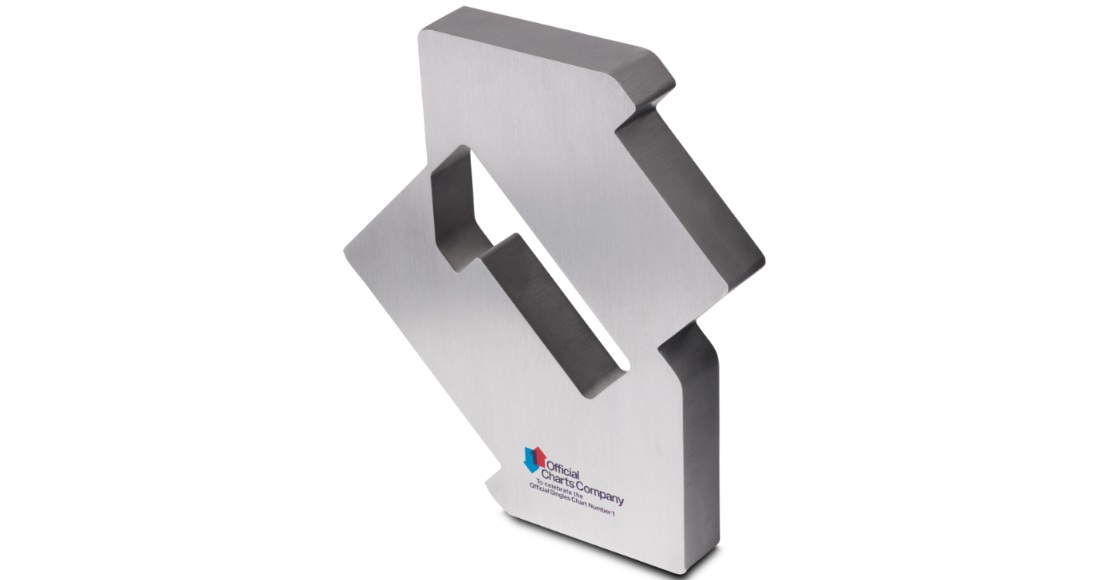 The first lucky recipients will be the winners of 2011’s Official Christmas Number 1 race, which is expected to see the Military Wives & Gareth Malone in a head to head battle with X Factor winners Little Mix. The Official Singles Chart Number 1 Award will be presented to recognise every new Official Number 1 single from Sunday 25th December onwards, and will be handed over by the Official Charts Company in partnership with BBC Radio 1’s Official Chart Show - which is broadcast from 4pm to 7pm every Sunday afternoon, hosted by Reggie Yates.

Last week’s Number 1 artist Olly Murs, who has scored three Official Number 1 singles and one Number 1 album to date, two of those singles in what has been a fantastic 2011 for the Essex-born music star and Xtra Factor presenter, (with last week’s chart-topper Dance With Me Tonight and Heart Skips A Beat with Rizzle Kicks in November), has given the award his full backing.

Although he will have to secure another Official Number 1 single to get his hands on his own award, Olly says, “It means everything for an artist to get a Number 1 single. When you release a record, to have people love it and buy into it, and see it at the top of the tree is the best feeling in the world. And now for there to be an award for it - even better!”.

Jay McGuinness of boyband The Wanted, who spent two weeks at Number 1 in the summer with Glad You Came, adds, “The feeling of getting a Number 1 single is almost indescribable. It’s awesome, amazing and like a dream come true. The first time we were Number 1 [with 2010’s ‘All Time Low’] we were on top of Rihanna, and that feeling is genuinely unbelievable.”

Professor Green, whose single Read All About It with Scottish singer/songwriter Emeli Sande was Number 1 in November, adds, “To have a project go to Number 1 is one of the biggest achievements for an artist. It still hasn’t sunk in [being Number 1 with Read All About It], and to have a Number 1 with a track which was so personal to me was really important.”

“We are delighted to be working with Radio 1 to make sure that every week’s Official Number 1 announcement from now on is extra special.”

BBC Radio 1’s Head of Music George Ergatoudis says, ''Being Number 1 on The UK’s Official Singles Chart is still one of the ultimate goals for any self-respecting pop star and the chart remains hugely popular with Radio 1's young audience.

“With the launch of the Official Singles Chart Number 1 Award, artists will finally have something physical to recognise their achievement and Reggie Yates and Greg James are looking forward to handing them over.''

With three of the traditionally biggest weeks of the year still left to go, UK music fans have bought more than 164m singles in 2011 to date – already ahead of last year’s all-time record of 161.8m.

Talbot adds, “In these challenging economic times, it is extraordinary that singles sales continue to surge – all evidence of the easy access and fantastic value offered by downloads at this time.”

The Official Singles Chart is compiled purely based on sales achieved (not airplay or ‘buzz’), the Official Charts Company counts sales daily from over 6,000 retailers covering 99% of the singles market, from HMV to iTunes and Amazon, supermarkets and independent record stores. This produces the UK’s only official music chart.