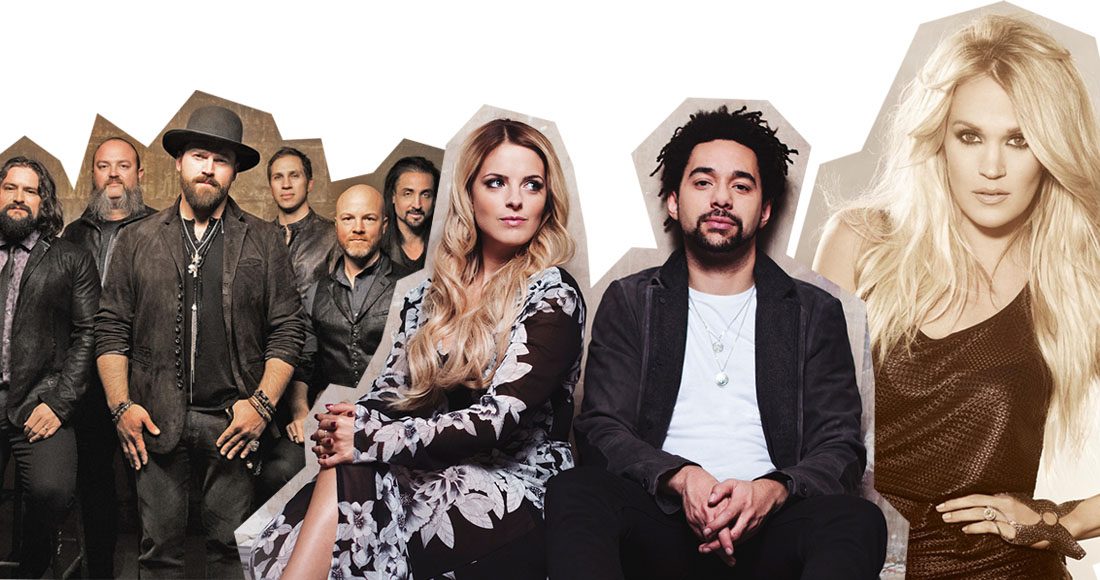 Country music is taking centre stage in the UK this week, with many of the world’s biggest country stars descending on London for the annual Country 2 Country festival.

Now in its fourth year, this year’s C2C – which takes place at London’s O2 Arena between March 11 – 13 - is headlined by some of the genre’s biggest names; including Miranda Lambert, Carrie Underwood, Eric Church, Dwight Yoakam, Little Big Town and Kacey Musgraves.

To celebrate, OfficialCharts.com has revealed the biggest country acts in the UK over the last 12 months; and taking the top spot for the best-selling album released in 2015 are homegrown band The Shires.

The UK duo – comprising of Crissie Rhodes and Ben Earle - released their debut album Brave in March 2015 and made Official Chart history, becoming the first UK country act to score a Top 10 album after entering at Number 10.

"So delighted that we are the biggest country album in the UK!" They told us. "Thanks to all our fans who have made it possible. The UK County scene is growing and growing and we owe our success to its support. It is fantastic that we are again celebrating at C2C Festival. Last year we landed our first Top 10 at the festival, this year we are the biggest selling country act of the year!!"

The pair’s album finishes ahead of some major country music acts, including singer-songwriter Kacey Musgraves, who takes second place with Pageant Material. The album peaked at Number 11 on the Official Albums Chart last summer and was nominated for Best Country Album at this year’s Grammys.

The Official Top 10 Best-Selling Country Albums Released In 2015 in the UK are:

When it comes to the biggest country tracks over the last year, US group Zac Brown Band take the top spot with their song Homegrown, with The Shires’ All Over Again coming in second.

The Official Top 10 Best-Selling Country Tracks Released In 2015 in the UK are:

Fan of country music? You can check out the official best-selling country albums and country compilations every week on OfficialCharts.com, plus the most recent addition to our stable, the all-new Official Americana Albums Chart – the first ever official weekly chart for Americana in the UK.

INTERVIEW: The Common Linnets on life after Eurovision and new album II