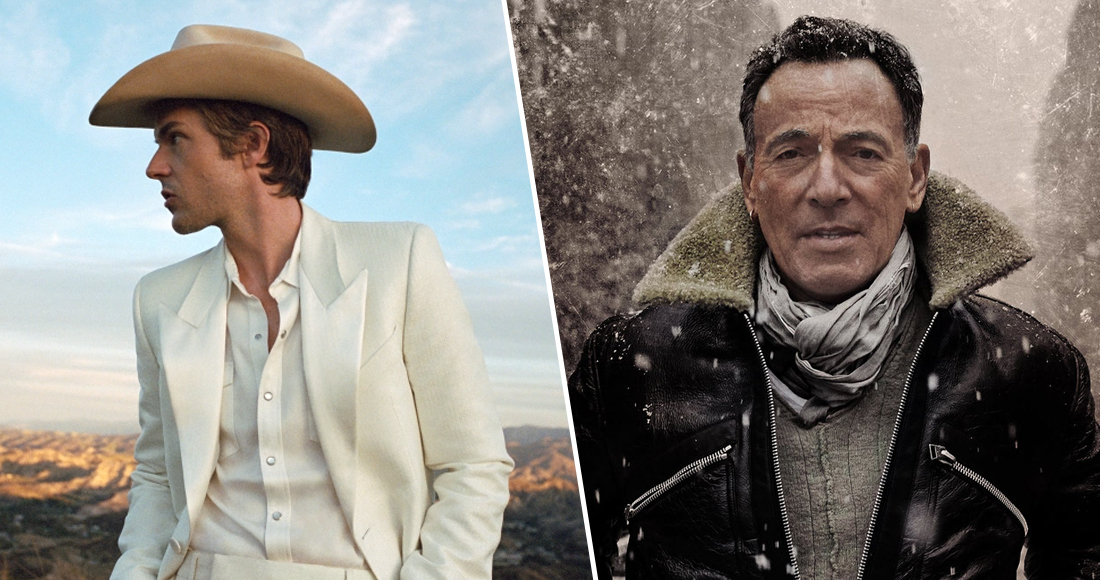 The Killers and Bruce Springsteen have released their collaboration, Dustland.

A reimagined version of The Killers' live show fan favourite A Dustland Fairytale, Dustland brings the Las Vegas band together with one of their biggest influences in Springsteen, whose sound inspired the group's latest album Imploding The Mirage.

A Dustland Fairytale was originally released as the fourth single from The Killers' third studio album Day & Age in 2008. Brandon Flowers recalled on social media that the new interpretation came about after The Boss messaged him in early 2020 while watching highlights of The Killers' 2019 Glastonbury headline set.

"Watching Glastonbury. You guys have become one hellacious live band my brother!" Bruce had text to Brandon. "Love the gold suit. We gotta do Dustland one day. Bruce."

After confirming with Bruce's son Evan that it was in fact his Dad who had sent the text, plans were put in place to record together. Postponed due to the pandemic, The Killers and Bruce eventually hit the studio in late 2020.

The Killers and Bruce Springsteen will perform the song live together for the first time on The Today Show on June 16.

Both The Killers and Bruce Springsteen scored UK Number 1 albums last year. The Killers' sixth record Imploding The Mirage continued their streak of all their studio albums topping the charts, while Springsteen's Letter To You became his 12th Number 1, and made him the first credited solo artist to have a Number 1 album in five consecutive decades, (80s, 90s, 00s, 10s and 20s).