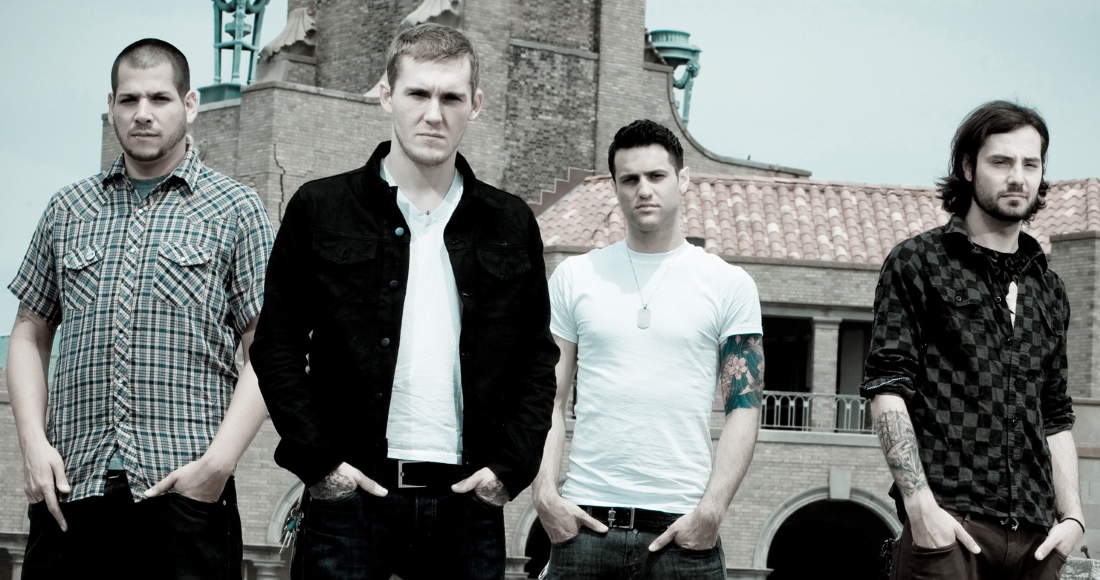 Ed Sheeran faces competition from The Gaslight Anthem if he wants to hold onto the Number 1 spot on the UK’s Official Albums Chart this weekend.

The 23-year-old clocked up a seventh week atop the chart last Sunday – the longest consecutive run at the top since Adele’s 21 in January 2011, where it spent 11 weeks at the chart summit.

However, the New Jersey rockers’ latest LP Get Hurt is challenging Ed for pole position in this week’s Update. The collection is new in at Number 2, trailing X by only a few thousand copies at the midway stage. If the record holds on to its current position, it will match the success of their last album – 2012’s Handwritten – which peaked at Number 2.

OneRepublic’s Native, which was re-released in May this year, jumps a massive 66 places to Number 4 following the success of their recent single Love Runs Out. The song entered the Official Singles Chart last week at Number 3.

Meanwhile, The Saturdays debut at Number 7 on today’s Update with their greatest hits album Finest Selection, and Britain’s Got Talent alumni Richard & Adam land at Number 8 with their third album At The Movies.

Elsewhere, singer-songwriter FKA Twigs – who takes her stage name from her penchant for cracking her limbs - enters at Number 12 with her debut album LP1.

Sinead O’Connor’s tenth album I’m Not Bossy, I’m The Boss starts at Number 14 on today’s midweeks, Grant Nicholas debuts at 15 with Yorktown Heights, and Loveable Rouges’ debut LP This And That lands at Number 22.