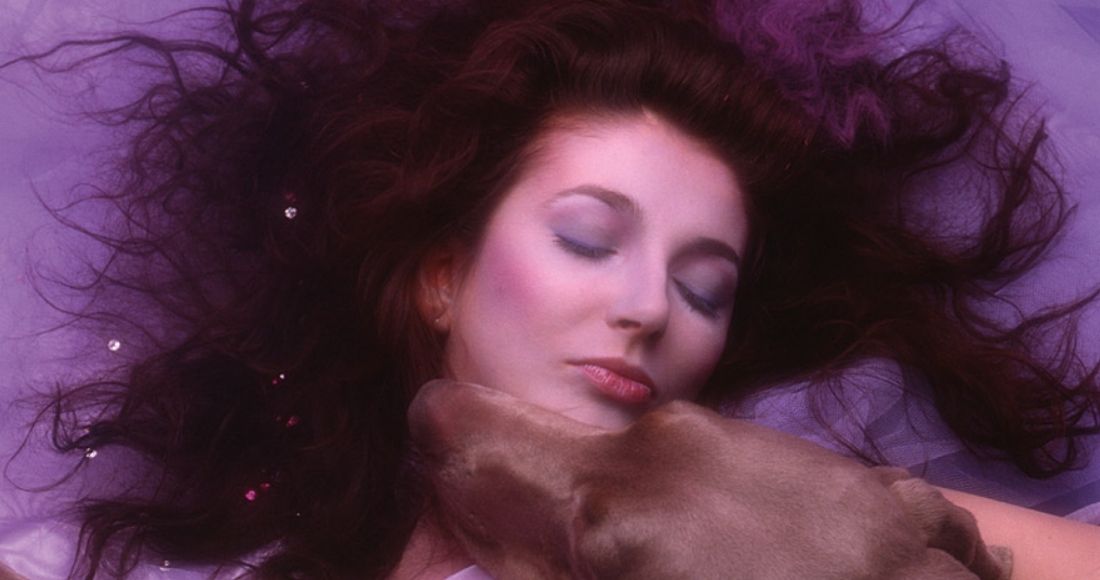 Kate Bush is undoubtedly one of the most singular talent to ever emerge from British pop music. An auteur in the truest sense, Bush's music is as unwieldy and ever-shifting like this wind; never content to stay in the same place for long. Sometimes, the clarity of her vision is so strong, you feel yourself getting swept away.

Unless you've been living under a rock for the past few weeks, you're probably well aware that one of Bush's best known tracks - the throbbing Running Up That Hill (A Deal With God) - has been featured heavily in the fourth season of Netflix drama Stranger Things, and is currently experiencing a massive revival with Gen Z, many of whom will be experiencing the track, and Bush herself, for the first time.

Running Up That Hill constitutes one of the emotional lynch pins of the new season, intrinsically linked to the journey of Max (Sadie Sink) and her battle with the wicked Upside Down demon Vecna (Jamie Campbell-Bower).

So big has been the renaissance of the track, that it's now become Kate Bush's second UK Number 1 single...37 years after its original release, breaking several Official Charts records in the process.

But how exactly did Running Up That Hill ride this wave of chart success to the Number 1? Let's take a look at the chart history of this unwaveringly brilliant, strange pop track to find out.

What's the history behind Running Up That Hill (A Deal With God) on the UK's Official Charts?

Running Up That Hill was the lead single from Bush's fifth album, Hounds of Love. It represented her reaching her creative and commercial zenith; much like its parent album, the single was written and produced entirely by Bush herself, with the help of the Fairlight CMI synthesiser.

The song debuted at an important time in its singers career; previous record The Dreaming hadn't been as commercially successful as her first albums, and lacked a raft of singles to be played on the radio (Bush herself has classed the wildly-experimental album as her "she's gone mad" record and...yeah, fair enough).

A pulsating New Wave banger inspired by the notion that if a man and woman traded places for a day they would understand each other and their relationship better, Running Up That Hill returned Bush to the UK Top 10 for the first time in half a decade, and became her second highest-ever charting hit here, peaking at Number 3 (strange and malformed debut single Wuthering Heights is her first and only Number 1 here).

In 2012, Running Up That Hill would re-enter the Top 10 at Number 6, after being featured in the closing ceremony of the Olympic Games hosted in London (Bush herself apparently declined an in-person appearance, but did release an updated and re-mastered new mix of the song for the occasion).

What's the impact of Stranger Things season 4 on Running Up That Hill (A Deal With God)?

The true impact of Running That Hill's moment in the sun is yet to be calculated in full, but it's fair to say that it's a very exciting time to be a Kate Bush fan, old or new.

The track has been featured all over social media since the new season's debut last week, and is currently blowing up on TikTok, a sign that it's been well and truly accepted by Gen Z.

Running Up That Hill originally re-entered the Official Singles Chart for the first time this year at Number 8 on June 3 2022, its first time in the Top 10 since 2012 (when a new re-mix of the song was premiered at the Closing Ceremony of the London Olympic Games, although Bush herself declined to make an in-person appearance).

From there, it quickly shot up to Number 2, challenging long-running chart-topper As It Was by Harry Styles, the longest-running Number 1 single of 2022 so far.

And now, Running Up That Hill has finally, finally done it. Today, the track ascends to Number 1 on the UK's Official Singles Chart. It's Bush's second-ever Number 1 single (following Wuthering Heights in 1978) and helps her break several long-standing records in the process.

Bush now claims the longest gap between two Number 1 singles (44 years separate Wuthering Heights and Running Up That Hill), the longest-ever time for a single to reach Number 1 on the Official Charts, as well as becoming the oldest female to ever achieve a UK Number 1 single.

The remarkable journey of Running Up That Hill over the past few weeks will no doubt become the stuff of chart legend. For a track that always sounded like a Number 1, it did have a hill (sorry) to climb to get there...but got there in the end, and now an entire new generation of fans have been introduced to one of the greatest British musicians of all time.