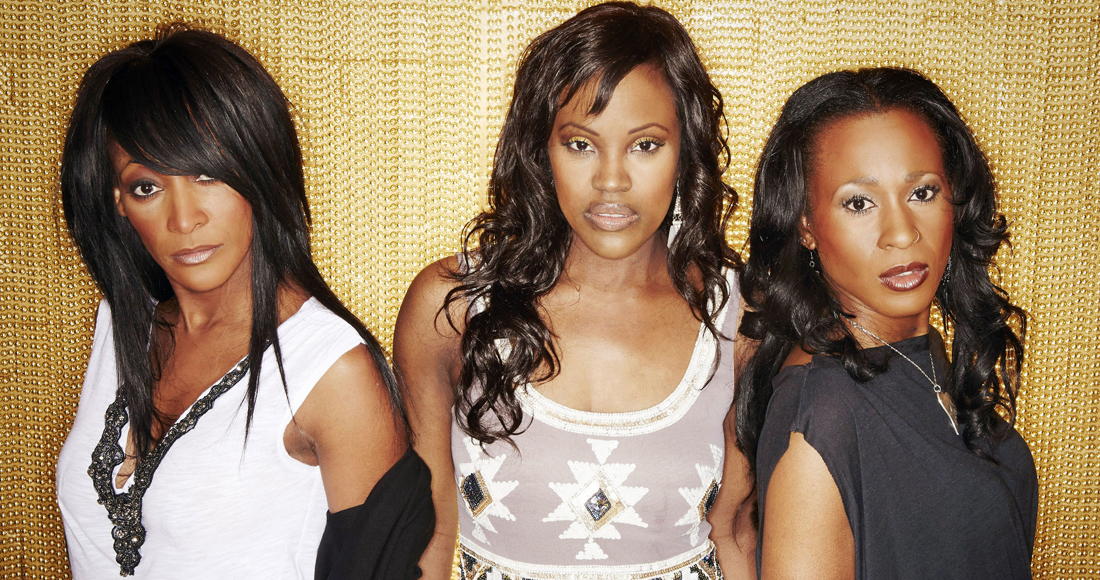 The show that brings together pop bands of yesteryear is back for a second series, with Eternal, A1, Damage, 3T, Gareth Gates and Dane Bowers among the stars set to take The Big Reunion stage once more.

The Big Reunion returns to ITV2 this week, but how do this year’s reunited popstars measure up against each other? Who’s got the biggest chart bragging rights? We take a look at all their chart successes.

Eternal started out as a four-piece: sisters Easther and Vernie Bennnett, Kelle Bryan and Louise Nurding (now Redknapp). Despite the band being nominated for four BRIT Awards, Louise departed for a solo career in 1995 after just one album – the big-selling Always And Forever. As a threesome, Eternal celebrated their first and only Number 1, I Wanna Be The Only One. Kelle departed in 1998 and Easther and Vernie released another single as a duo before calling it a day. Now that they’re back together as a trio, can they persuade Louise to make it a quarter for one more performance of Crazy? It’s what we all want, right?

A1 were a super-smiley four-piece consisting of Christian Ingebrigtsen, Mark Read, Ben Adams and Paul Marazzi. The boys won the Best British Newcomer BRIT Award in 2001, showing there was more to them than matching outfits and an amazing ability to get through plenty of hair gel. After three years of chart success, the guys had a bit of a rethink and changed their musical style entirely, coming back with acoustic-flavoured Caught In The Middle and – gasp! – playing instruments, which wasn’t really done for boybands in the early Noughties. They split in 2003 and Ben had a solo hit, but the band has since performed and released music as a trio, without spiky-haired Paul, for the last couple of years.

Bringing a British flavour to the massive R&B scene of the late ‘90s, Damage were led by Jade Jones, who also became very well-known for becoming Mr Emma Bunton, and daddy to Baby Spice’s brood. Jade and other members Coreé Richards, Andrez Harriott, Rahsaan J Bromfield and Noel Simpson had hits for five years, including Ghetto Romance and Love Guaranteed before deciding to call it a day in 2001 when After The Love Has Gone missed the Top 40.

Michael Jackson’s nephews Taj, Taryll and TJ (you can see it must have taken them quite a while to think up the band name, can’t you?) had their very first hit in early 1996, with Anything. 3T even teamed up with Jacko on their second hit Why. Although the band had their final UK hit the following year, they’ve continued to release and tour internationally.

Almost over before they really began, Girl Thing’s five-string line-up included future Hollyoaks star Jodi Albert, who would also go on to marry Kian Egan of Westlife, along with Linzi Martin, Anika Bostelaar, Nikki Stuart and TV presenter Michelle Barber. Girl Thing’s most famous song wasn’t actually a hit for them. The band originally recorded Pure And Simple, which became the debut single for reality show Popstars winners Hear’Say, who ended up selling over a million copies of the track. After just two singles, Girl Thing's chart story was over. Until now…

5th Story are, of course, a totally new band, made up of five former boyband lads and solo stars. So it’s not so much The Big Reunion as The Big Formation for these guys, but that would be just silly. But who’s got the chart smarts among these five talented boys?

It was one of the most hotly contested TV talent show battles ever, and Gareth Gates had to settle for second place on the first series of Pop Idol, with victory going to Will Young. Gareth soon picked himself up and embarked on a music career of his own. A few tabloid revelations aside, Gareth was the clean-living gent of pop. But how will his Mr Nice Guy exterior crack whe he has to share the stage with four other guys after all that solo success?

FIRST HIT: Unchained Melody was Gareth’s debut Number 1 in March 2002.
BIGGEST HIT: It’s Unchained Melody, which has sold over 1.3 million copies and spent four weeks at the top of the Official Singles Chart.
CHART STATS: 10 Top 40 hits, only two missed the Top 10. Gareth has had four Number 1s, three of them covers: Unchained Melody, Anyone Of Us (Stupid Mistake), The Long And Winding Road (with Will Young) and Spirit In The Sky. He picked up three BRIT Award nominations.

Soap stars picking up a microphone once they’ve quit their day job is nothing new, but Adam Rickitt was a soap actor who looked like a popstar before he even was one. After a couple of years playing Nick Tilsley on Coronation Street, Adam said goodbye to Leanne Battersby and the Rovers Return and hello to the Top 10. He soon returned to acting, and found fame down under in New Zealand soap Shortland Street. But now he’s back – could he have his biggest pop success yet?

Kenzie had two shots at boyband fame. First of all, he was part of Blazin’ Squad, who had a Number 1 with their first single Crossroads in 2002. After enjoying hits like Love On The Line and Flip Reverse, he then formed Friday Hill with some of his former Squad members and had a couple more hits. In 2009, he reunited with Blazin’ Squad for comeback single Let’s Start Again, but it didn’t make the Top 40. Now Kenzie starts a new chapter with 5th Story, will there be a fairy-tale ending?

He was oh-so-smiley and oh-so-dreamy and no issue of Smash Hits was the same without him. After some solo success, Kavana turned his hand to acting and even popped up in reality show Grease Is The Word, which aimed to find new leads for a revival of classic musical Grease in the West End, finishing as runner-up. He also had a go at The Voice UK last year. Is teaming up with 5th Story just a ‘Crazy Chance’?

With Another Level, he wanted to get freaky with you and as a solo star he wanted you to stop buggin’ him. Dane Bowers is the only member of 5th Story to have chart experience both on his own and as part of a group, so will he be able to handle his new bandmates?

FIRST HIT: Another Level’s Be Alone No More, which peaked at Number 6 in 1998 and, believe it or not, featured none other than Jay Z on rapping duties. Hey, this was the ‘90s – anything could happen.
BIGGEST HIT: Freak Me, Another Level’s only Number 1, has sold over 470,000 copies.
CHART STATS: With Another Level, seven Top 10 hits, including one Number 1. Without them, he scored four Top 10s, including a Number 2 hit with Out Of Your Mind with True Steppers and Victoria Beckham in 2000. Another Level picked up a BRIT Award nomination in 1999.