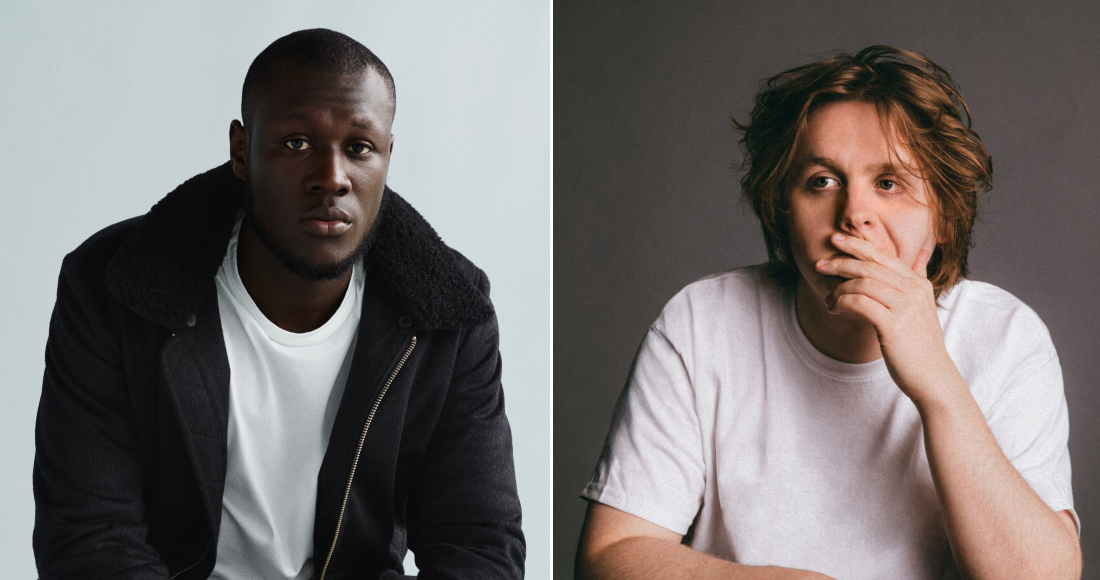 Stormzy dances his way to a second week at Number 1 with the infectious Vossi Bop.

Following the exciting receipt of his first Number 1 award, Stormzy surprised fans at London’s Brixton Academy last Friday (May 3) when he appeared on stage with fellow chart-topping rapper Dave to perform the hit.

Lewis Capaldi claims two simultaneous Top 5 singles for the first time this week – first up, former chart-topper Someone You Loved, which goes back up one to Number 3, and right behind it at Number 4, Hold Me While You Wait, both this week’s highest new entry and most downloaded track.

MORE: Lewis Capaldi takes up through the tracklist of his debut album

Canadian singer-songwriter Shawn Mendes debuts at Number 9 with If I Can’t Have You, his fifth Top 10 hit:

Logic earns his second Top 40 single with Homicide ft. Eminem which debuts at 15, while South London rappers Hardy Caprio and Digdat say Guten Tag to the Top 20 with their new collaboration going straight in at 18.