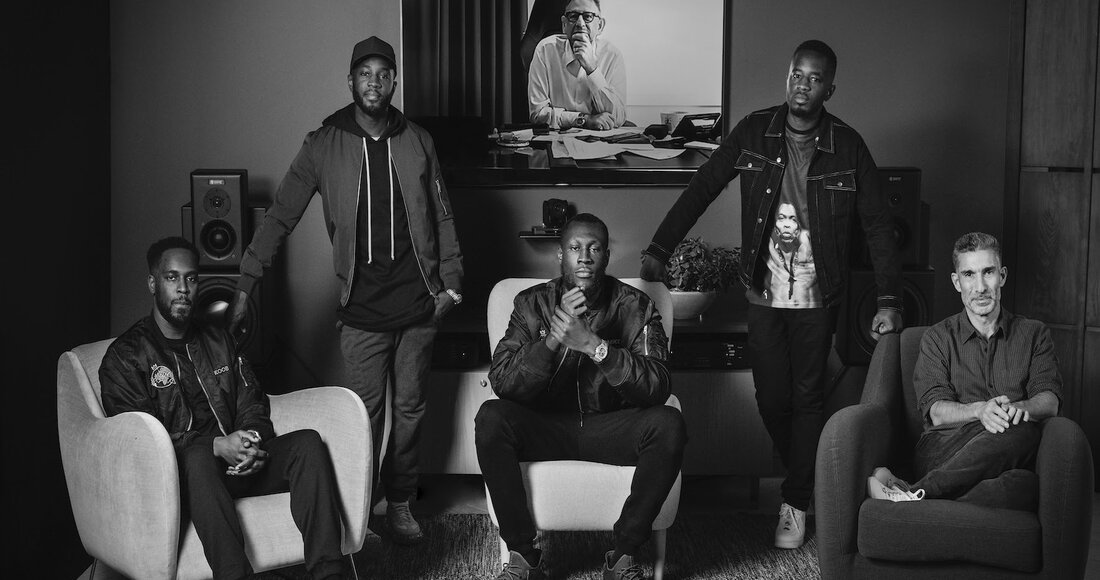 Stormzy has become the first act to sign to the new UK-based 0207 Def Jam label.

The grime superstar was previously an independent artist, with his material being released through his own #Merky imprint in a joint venture with Atlantic Records.

Stormzy is the first signee to 0207 Def Jam, which will be the home to the iconic US label's operations in the UK.

0207 Def Jam is being headed up by brothers Alec and Alex Boateng, who between them have been responsible for launching the UK careers of acts like Drake, The Weeknd and Nicki Minaj.

Announcing the news of signing on social media, there's no word yet on when new material - or a third album - from Stormzy is expected.

His last release was his second album, the Mercury-nominated Heavy Is The Head, which spawned two Number 1 singles (Vossi Bop, Own It with Ed Sheeran and Burna Boy) and a three further Top 10 hits (Crown, Audacity and Lessons).

The LP also helped the rapper earn the coveted UK chart double when it ascended to the top of the UK Official Albums Chart as Own It topped the Singles Chart for a second week (it would go on to reign for three weeks).

Other acts to have earnt the rare honour include Madonna, Rihanna and Ariana Grande.