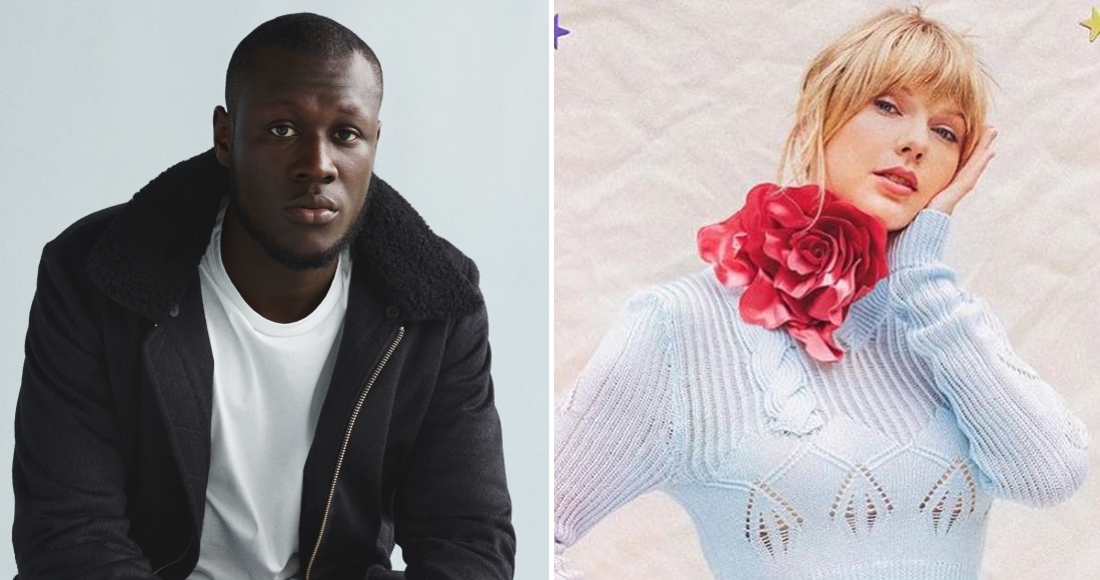 Stormzy and Taylor Swift are battling it out for Number 1 on the Official Singles Chart, with just 530 combined sales between the two artists’ comeback singles.

Stormzy takes the lead with Vossi Bop, which could become the Glastonbury headliner’s first ever UK chart topper if it continues on its current trajectory. The song has the most streams of the week so far - already racking up over 4 million listens.

Taylor Swift’s Me ft. Brendon Urie sits at Number 2 at the halfway point, but boasts a lead of 5,300 on digital downloads. On Friday Me broke the YouTube record for most video views in 24 hours for both solo artists and female artists, with the track’s visual picking up 65.2 million plays.

Meanwhile, the RSPB are on the cusp of the Top 10, currently at Number 11 with Let Nature Sing; the single – which is made up entirely of birdsong – has been released as part of an effort to raise awareness of the recent drop in UK wildlife numbers.

Jax Jones, Martin Solveig and Madison Beer edge closer to the Top 10 with All Day And Night (12) while Digga D could reach the Top 20 after climbing seven places with No Diet (20). Lil Dicky is up three with Earth (21), and Jonas Blue is also on the rise with What I Like About You ft. Theresa Rex (22).

Kygo and Rita Ora’s Carry On from the upcoming Detective Pikachu film jolts nine spots to Number 30, while Zara Larsson could claim her ninth Top 40 single with Don’t Worry Bout Me, which has climbed 13 slots midweek to 34. Finally, Hackney rapper Not3s is on course for his fourth Top 40 single with Wanting at 40.