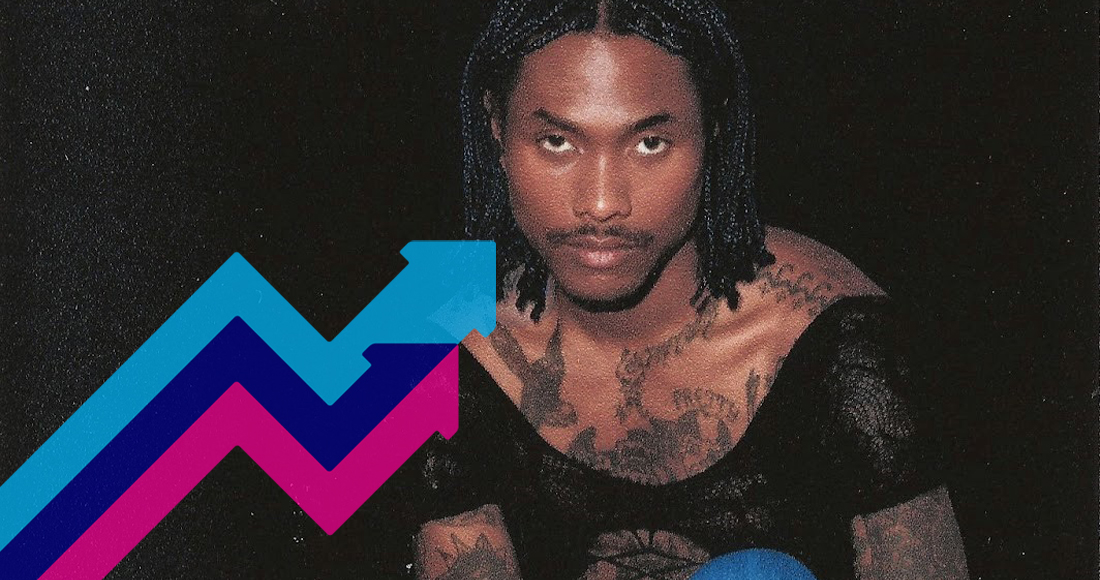 Steve Lacy is back on top of the Official Trending Chart this week as Bad Habit gets set for another strong week in the Official Singles Chart Top 20.

Set to claim its landmark 10th week in the Top 40 this week (nine of which Bad Habit has spent in the Top 20), Lo-fi track Bad Habit is Steve's breakout solo track in the UK; he's also produced and/or played guitar for the likes of Solange Knowles, J. Cole, Kendrick Lamar, the late Mac Miller and even Vampire Weekend, among many others.

Also in the Trending Chart this week is Anne-Marie with Psycho ft. Aitch, which is on course to be the highest new entry on the Official Singles Chart this Friday.

There are two entries from BLACKPINK - the current frontrunners for this week's Number 1 album - with Shut Down and Pink Venom, while Beyonce sees Cuff It rising again. There are also two more brand new entries from Montell Fish's viral single Hotel, and Danielle (Smile on my Face) by producer Fred again...