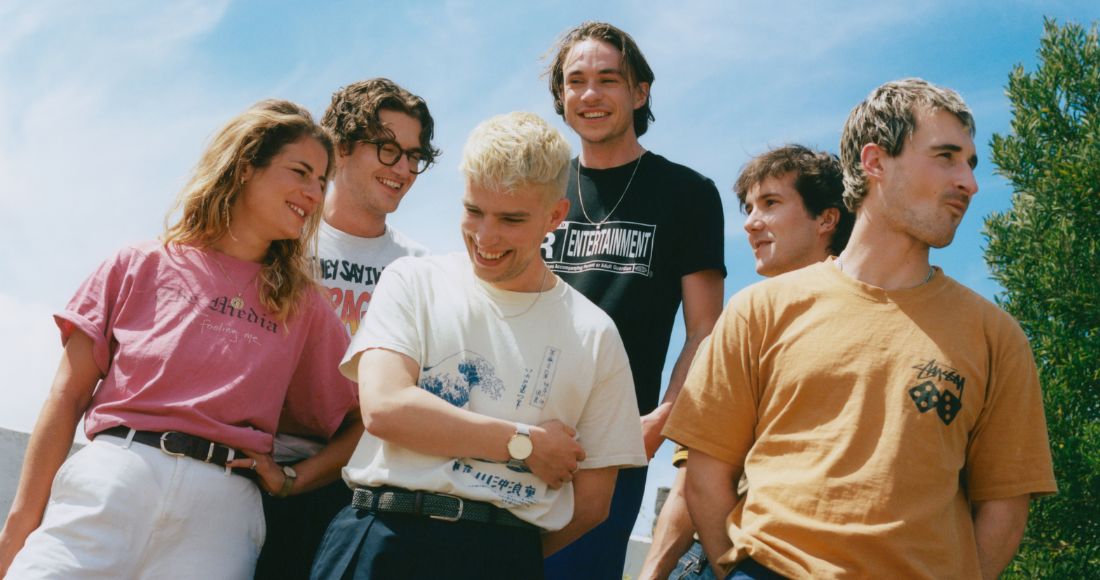 When we connect with Sports Team singer Alex Rice as the band are currently travelling the length and breadth of the country performing live shows and promoting their just-released second album, Gulp!, we have just one thing to say...

Cast your mind back to 2020 and you may remember that the indie-rock band - just then releasing their debut album, Deep Down Happy, were caught in the middle of an intense chart race with Lady Gaga's comeback album Chromatica for the Number 1 spot on the Official Albums Chart. Gaga won that round, but a Number 2 debut for a first album is nothing to sniff at.

And it seems that Sports Team - or Alex, Oli, Al, Rob, Ben and Henry - just can't get enough of it, because this time they're back for another chart race; this time, though, the lane's have widened a bit and they've found themselves up against D-Block Europe, Mark Owen and 5 Seconds Of Summer.

"I mean, I wouldn't have picked a Take That member [as our competition]," Alex tells us over the phone. "5 Seconds of Summer, we were always kind of aware of them, and the D-Block Europe album has some huge people on it! Like, Ed Sheeran."

But how are the band feeling about the prospect of another battle for the top this time around, as seasoned chart fighters?

"I think we're feeling great," Alex says. "I mean, we're kind of a little band and we don't do things right. It doesn't look polished, or anything like that. The way we conduct ourselves, we're not trying to PR ourselves and it's nice when that seems to resonate with people, because the last time we didn't really get a chance to do that."

Ah, yes. The last time. The perfect time to release the major label, debut album you've been working towards for years...in the middle of a global pandemic when you can't actually go outside.

For Sports Team, who were all living together in a house at the time (imagine!) but now the world has opened up and the band are embracing the intricacies of live promotion as well as, funnily enough, TikTok. Because when you think Sports Team, you don't immediately think TikTok, right? 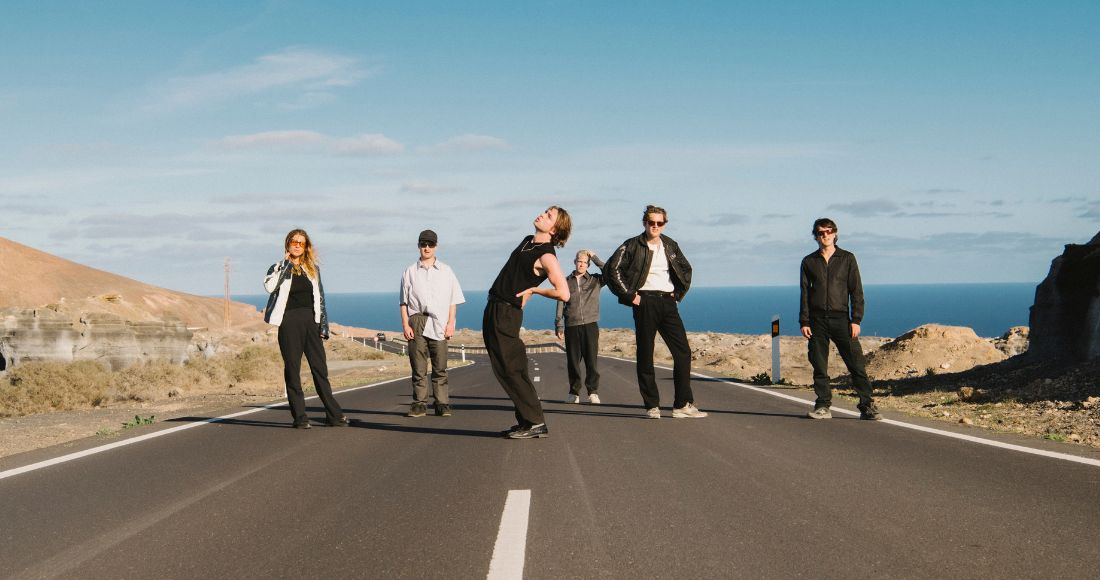 "Well, you'd be wrong!" Alex actually informs us that Sports Team's presence on TikTok is doing alright, actually. And yes, they may be technically threatening to take Primark to court, but it's all part of the fun and they've just got a video with a million views on it, so what are you gonna do?

One thing that is important to the band this time around as much as they take the piss - and look at their social media channels to see just how chaotically self-aware they're being during this campaign - is how the rising importance of Sports Team as a band is linked to wider music trends.

"It just feels like guitar music is getting more popular," Alex explains. "It's just a really special time to be around record stores. They're so rooted in guitar music. Everyone supports each other. The kind of people who are buying our album are the kind who go to three gigs a week."

So, finally, if we were to stick Alex Rice and the rest of Sports Team on a stage and get them to address any of the Great British public who were going to possibly buy Gulp!...what would they say to entice them?

"It's the greatest live band in the world trying to make a record a little bit better each time. Come on the journey, because you'll probably get more out of this band than you would any other!"

Gulp! is out now via Island Records