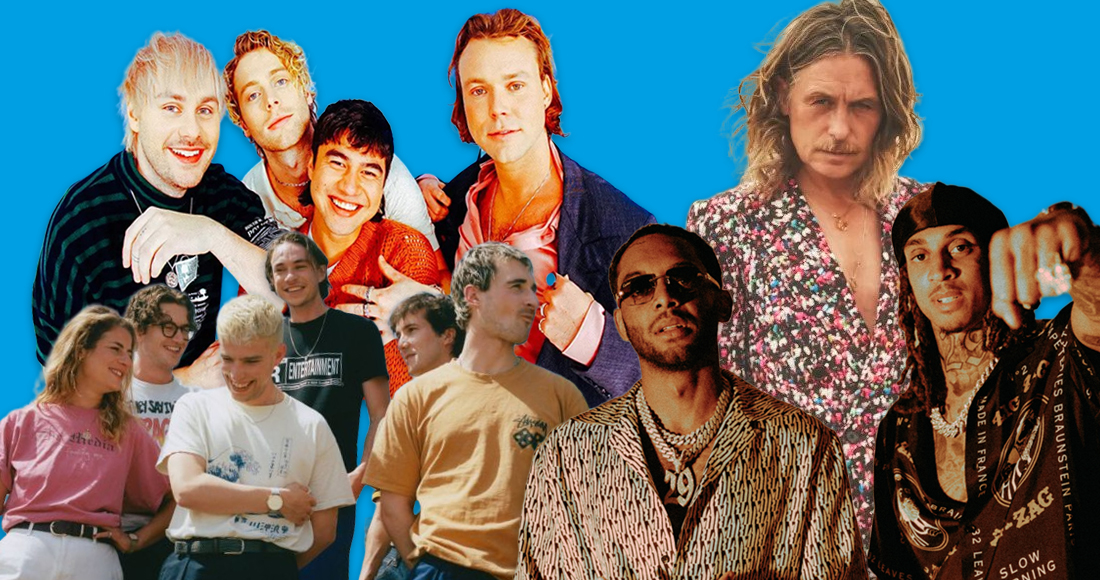 Lap 5, the independent London hip-hop collective’s – made up of Young Adz and Dirtbike LB – second studio album, is pacing to debut at Number 1, which would secure D-Block Europe their first-ever chart-topping record.

To date the pair have secured five Top 10s on the Official Albums Chart including 2020 debut album The Blue Print: Us vs Them (2) and most recent mixtape, 2021’s Home Alone 2 (6). See D-Block Europe’s full Official Charts history here.

But the race is far from over, less than 1,600 units separate all of the top four new entries at the midweek stage.

Take That member Mark Owen’s first solo record in nine years Land of Dreams (2) trails D-Block Europe by just 1,000 chart units, while Australian pop band 5 Seconds Of Summer’s fifth album 5SOS5 (3) and the second LP from indie-rock outfit Sports Team Gulp! (4) are all in the running to potentially triumph this week too.

MORE: Every Official Number 1 album in the UK - ever

Marina’s chart-topping 2012 pop opus Electra Heart is on course to re-enter the Official Albums Chart Top 20 following the vinyl release of its recent Platinum Blonde re-issue (12), while the 30th anniversary re-release of Alice In Chains’ Dirt (14) could see the album charting inside the UK Top 40 for the first time in its history.

EDM giants Swedish House Mafia’s April 2022 record Paradise Again could reach its highest position in the UK yet (16) thanks to its release on CD, while we could see Top 40 debuts from Ali, the collaborative record between Malian singer and guitarist Vieux Farka Touré and Houston experimental trio Khruangbin (19), and Tim Burgess’ Typical Music (25).

Hastings punk band Kid Kapichi have their eyes set on their first Top 40 record with second album Here’s What You Could Have Won (29), while blues legend Seasick Steve’s Only On Vinyl (31), and The British Royal Philharmonic Orchestra’s Bond 25 (Number 32), containing all 25 theme songs from the James Bond movies, are each on track for a Top 40 finish this week too.

And finally, English heavy metal idols Motörhead could re-enter the Top 40 at Number 39 with the 30th anniversary re-issue of their fifth album Iron Fist, which peaked at Number 6 in 1982.