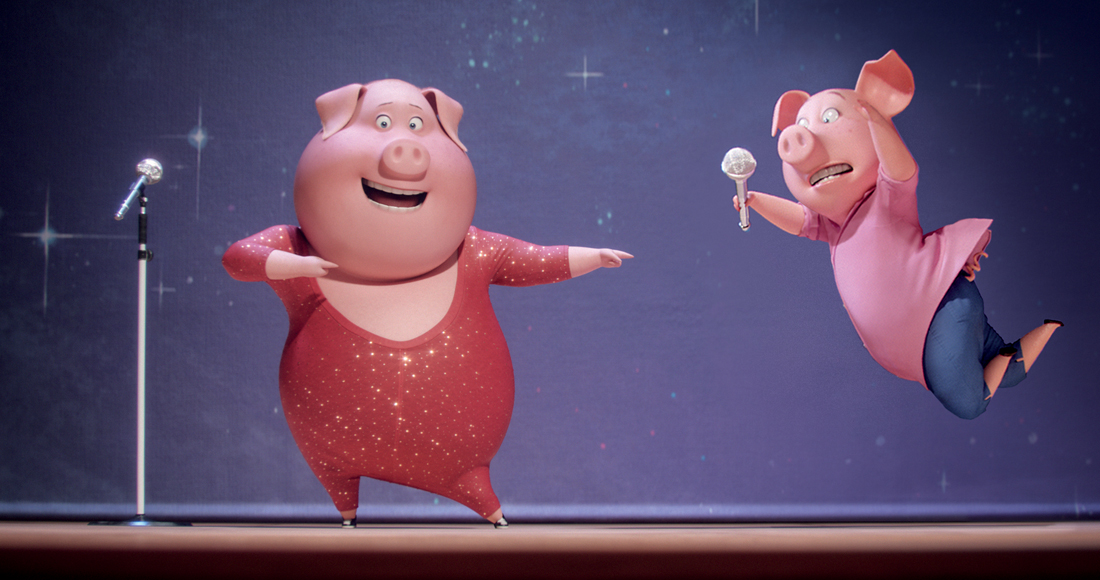 Animated musical Sing has flown to Number 1 on the Official Film Chart for the first time.

The film was originally released in 2016 with an all-star voice cast including Matthew McConaghey, Reese Witherspoon, Jennifer Saunders, John C. Reilly and many more, and has never reached the Official Film Chart Top 10 until this week. The most downloaded movie of the week, it finishes just a few hundred sales ahead of its closest competition, Roald Dahl’s The Witches at Number 2.

Last week’s Number 1 The Greatest Showman drops to Number 3, while Spider-Man: Far From Home climbs four places to Number 4 amid growing anticipation about its as-yet-untitled sequel.

The Minions packed Despicable Me 3 leaps six places into the Top 10 at Number 5 and Tenet rises three to Number 6, while Jumanji: The Next Level (7), Trolls World Tour (8) and Le Mans ’66 (9) also make big gains on this week’s chart. Godzilla: King of the Monsters rounds off the countdown at Number 10.

Content warning for this week's exclusive clip - with an 18 rating it features brief moments of violence and graphic content from 2:40 onwards.