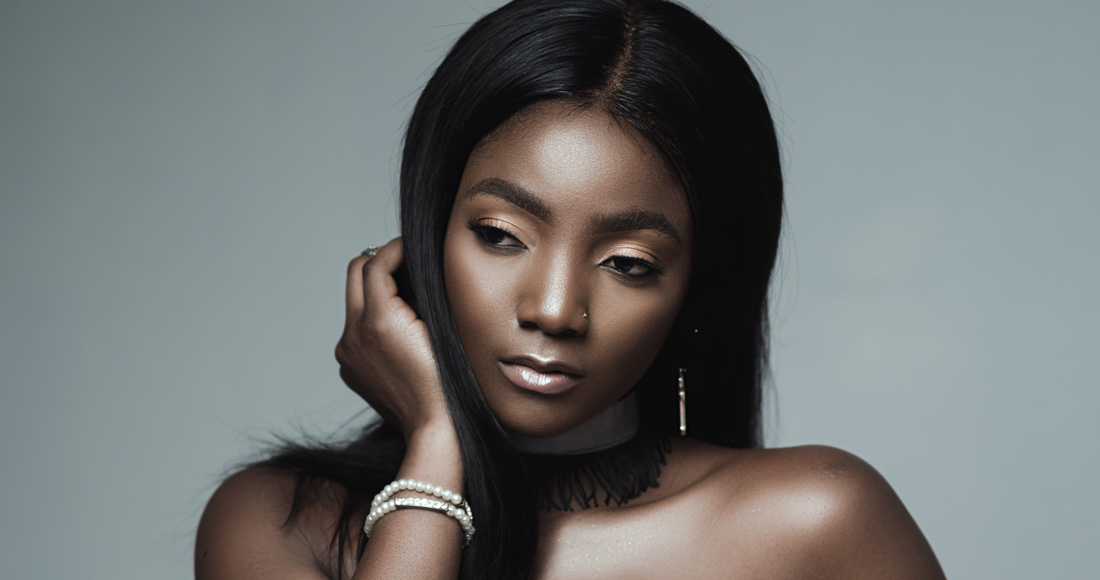 Simi’s unique blend of R&B and Afro-pop fusion has steadily been gaining an international following over the last few years, but the release of her new EP Restless II has sent her stratospheric.

The six-track collection is the glossiest and most experimental yet from the Nigerian-born artist; a long-awaited follow-up to 2014’s Restless, which marked her entry into the mainstream. The sequel, released earlier this month, shows an artist at the next lift-off point in their trajectory.

Before that, Simi began performing as a child in her local church choir in her hometown Surulere, Lagos. Her songs Tiff, Jamb Question, Love Don’t Care, and features on hit tracks Soldier with Falz, No Forget with Adekunle Gold and So Rire with Legendury Beatz - plus hit albums Ogaju and Simisola – have helped her amass over 170 million global streams.

Restless II feels like game-changing moment in your career. What did you set out to achieve with this project?

Thank you! The ultimate goal I had when I was recording the Restless II EP was to explore R&B extensively. I’ve definitely done some R&B in the past, but not so intensely. Since I started doing mainstream music. Kunle (Simi’s husband), had suggested that I make an R&B project. I was hesitant at first, but eventually I thought it would be exciting to go on that adventure and to see where it would take me.  It’s definitely an experimental project for me as I wanted it to be as different from anything I’d done before and to give people a new and unexpected sound from me.

The vibe is on Restless II is sultry. What’s the link between this and the first Restless EP?

The link is mostly in the way that I was feeling as I was creating the project. Restless. For the first EP, I was restless because I was eager for my break in the industry. I released it just before I got signed. I was ready for something to happen. For the second Restless EP, I was eager to find the next phase of my career. I was pregnant and I had just left my record label, so that phase was very significant to how I felt.

Your sound seems to evolve with each release. How would you sum up your musical identity?

I started in gospel music and I used to be in a group called Outstandin It was probably one of the most important things I did growing up, because it was in that group that I honed my passion for music. It was an amazing outlet for me, as I didn’t grow up with musicians or in a house where anyone knew anything about music.

I released a solo gospel album Ogaju in 2008. Entirely produced by Samklef. It came out a few months before I graduated university. So it really was the beginning of some of the most incredible years of my life. Over time, I started to work heavily on my sound. I wanted something that was unique to me, and I was very deliberate about it. For the record, I do Afro soul, Afro pop, Afro R&B music for anyone who’s asking!

We recently launched the first ever Official Afrobeats Chart, which featured your recent track Duduke for several weeks. What’s your take on the evolution of Afrobeats over the past few years?

It’s amazing to have this voice on the international music scene now. I’m thankful for the legends that have gone ahead of us and set the pace - Fela Anikulapo Kuti created the Afrobeat sound and his legacy as a musician is astonishing. I’m very honoured to be recognised and acknowledged on the Official Afrobeats chart and I hope I can continue to make music that is worth the accolades.

You've already gained high praise from some notable figures; do you have an ultimate goal you’re hoping to achieve one day?

My goal is to be a good person, someone that is true to herself, someone that loves fiercely, someone that is not afraid to learn and that uses her voice to make a difference. I want to also sing all the songs in me to sing, as loudly and as happily as I can.

INTERVIEW: How Rema is bringing his genre-mashing Afrobeats sound to the world

What artists do you think are producing great music at the moment?

There are actually so many. I don’t think this is a list I can make accurately. There are so many amazing artists that I’m feeling and that I respect.  I’ve always loved listening to music though. Growing up I was a fan of acts like Lauryn Hill, Asa and Natasha Bedingfield and then later on, as I grew older, Adele.

Are there any plans for a full-length project?

Yes, definitely. I've already started working on my album and I’m really excited to see how that turns out.

Simi’s new EP Restless II is out now on Platoon.