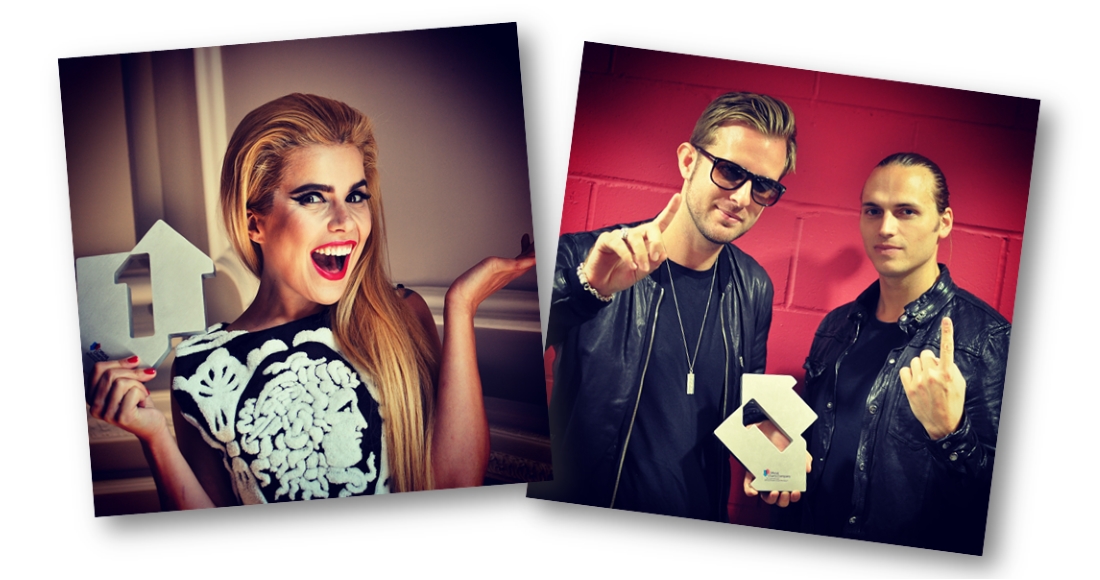 Sigma – aka Cameron Edwards and Joe Lenzie - told OfficialCharts.com backstage at Kings Place, London: “We never thought we’d get in the charts to be honest so to have two Number 1s is just unbelievable!

"We’ve also just been reliably informed by the Official Charts Company that we’re the first act to have two consecutive Number 1s this year that have both sold over 100,000 copies in the first week. Thank you very much to everyone who has supported us and bought the records. Hopefully we’ll be back with another one for you very soon!”

Paloma Faith told OfficialCharts.com: “It’s amazing that this is my first UK Number that I’ve achieved. I’ve done three albums so far so it just goes to show that if you hang in there, something’s got to give at some point!

"I’ve still got to push to get my own Paloma Faith Number 1 – this is a Sigma Number 1 and I’m grateful to be a part of it.”

Professor Green earns this week’s second highest new entry with Lullaby, which debuts at Number 4. The track, which features US singer and American Idol star Tori Kelly, heads up the Professor’s third studio album Growing Up In Public, which is released next week (September 22).

George Ezra wins his second UK Top 10 single with Blame It On Me, which leaps from 20 to Number 10 on this week’s chart. His previous single Budapest, which previously peaked at Number 3, jumps back up eight places this week to Number 11.

Finally, Irish musician Hozier enters the Top 40 at Number 35 with Take Me To Church. The track, which is taken from his self-titled debut, reaches a new peak after eight weeks on the Top 100.