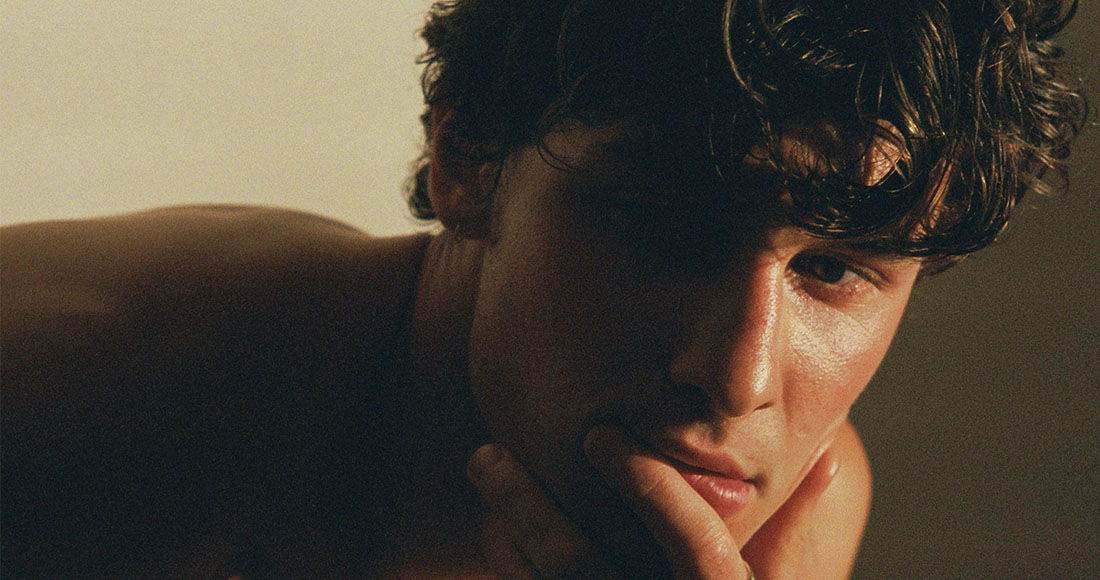 In just seven years, Shawn Mendes has managed to bridge the gap between social media sensation and actual pop superstar - and made the transition feel like a breeze. It's a template taken on by other influencers looking to take on the charts - from YouTuber KSI to TikTok-er Dixie D'Amelio.

Shawn's chart dominance looks set to continue, too, with the release of his fourth studio album Wonder.

Now armed with a string of hit singles, below we count down the Canadian hitmaker's Top 10 (and one honourable mention) biggest hits on the Official UK Chart - including two Number 1s and four singles with over one million chart sales...

An honourable mention: Life Of The Party (2014)

Shawn's debut single may now live in the shadow of mega-hit Stitches, but it got his career off to an auspicious start. Despite only reaching Number 99 on the Official Singles Chart, it's endured over the years as more people discovered him, notching up 284,000 chart sales to date - not bad.

The title track from Shawn's most recent album is a modern power ballad, addressing toxic masculinity whilst broadening his musical horizons into widescreen electronic-pop. The song peaked at Number 20 on the UK singles chart and has notched up 295,000 chart sales to date.

Helped along by an electro re-swizz from Zedd, Lost In Japan - the second single from his 2018 self-titled album - clocks in with a combined sales total of 483,000 and has been streamed in the UK over 58 million times.

The first link-up between Shawn and future squeeze Camila, I Know What You Did Last Summer was somewhat of a controversial hit in 2015, given that it was the first solo material Camila released before her split from girl group Fifth Harmony in 2016. A Top 10 hit in the US, it only reached Number 42 on UK shores, but nonetheless has shifted an impression 496,000 chart sales to date. One thing we still don't know - if this is an (unintentional?) nod to the slasher franchise of the same name.

The lead single from the deluxe re-issue of Shawn's self-titled third album, If I Can't Have You was an up-beat U-turn from the angst of In My Blood, and is one of seven of Shawn's UK Top 10s, peaking at Number 9. As of August 2021, its UK chart sales stand at 655,000, including 78 million streams.

A gutsy, guitar-led power ballad, In My Blood is Shawn at his most confessional. The first single from his third album, In My Blood has been streamed over 89 million times in the UK and has combined sales totaling 837,000. On the singles chart, it reached Number 10.

Now we're getting into the big hitters. Taking the angst of Stitches and dialling it up to 11, Mercy was the dramatic second single from Shawn's second record, Illuminate. It currently ranks as his fifth most popular hit in the UK, with 1.1m chart sales, including 107 million streams. Perhaps surprisingly, the track peaked at Number 15 on the Official Singles Chart, proving you don't always need a Top 10 hit to sell a lot of records.

The super-charged There's Nothing Holding Me Back - a Top 5 hit from Shawn's second album Illuminate - has notched up a mighty 1.6 million UK chart sales.

A modern torch-song, Treat You Better takes third place in the Canadian pop star's biggest hits in the UK, and it's easy to see why with its chorus that practically begs you to sing along. The single has 1.62 million UK chart sales, including 160 million streams. And if you were ever wondering who the song was written about - Shawn revealed in his Netflix documentary he penned it as a tribute to Cabello years before they even got together.

Shawn's second UK Number 1 single, Senorita was a superstar hook-up with Camila Cabello that was written with alt-pop hitmaker Charli XCX. Included on the deluxe edition of his third album and Camila's second record, Senorita was a blockbuster success, topping the charts in both the UK and the US and shifting 1.73 million to date. The track, which also claimed the UK's Official Song of the Summer 2019, is Shawn's most-streamed track in the UK, with a cumulative 214 million streams. Big numbers indeed.

The wildly catchy Stitches launched Shawn's career in the UK, taking the Number 1 spot in early 2016 after a mammoth 17-week climb. Amassing over 2.2 million chart sales, including 194 million streams, Stitches comes close to a perfect pop song and remains reliably melodramatic for a teenager going through heartbreak for the first time. All together now - YOU WATCH MEEEEEE.