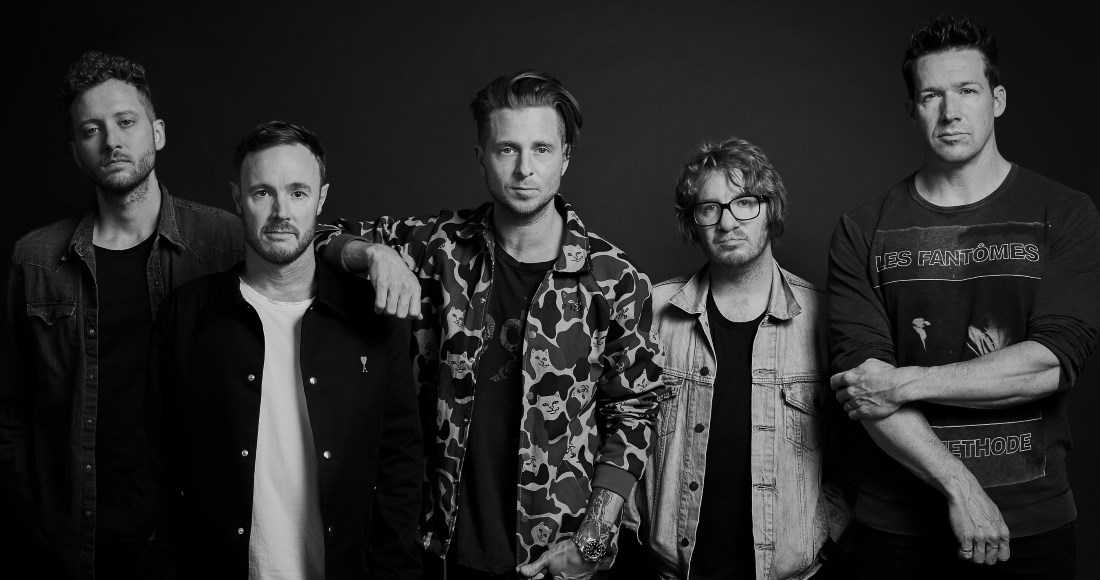 For the past decade, Ryan Tedder has been the master of multi-tasking. As well as fronting his globally successful band OneRepublic, he continues to help other artists score worldwide smashes, most recently with Camila Cabello and Jonas Brothers' impeccably staged comeback, lead by US Number 1 Sucker.

Currently, he's juggling the launch of a new TV show he's executive produced, called Songland, which debuts on NBC this month, and the start of OneRepublic's next era with new single Rescue Me.

“I don’t think many people saw that coming! The culture vulture part of my brain clicked instantly. Wendy Goldstein from Republic Records called me and said ‘this is very hush hush but we’re signing the Jonas Brothers, they’re reuniting”. I knew Nick and Joe, I’ve worked when them a bunch of times. I was aware of the Jonas Brothers. They kind of blew up when I was trying to get OneRepublic going, so to be honest, I was so focused on my thing that I didn’t realise how big they were [at the time].

“When Wendy said we were putting them back together… when you do music enough or you’re with artists all the time, you kind of get a sixth sense for if something is cool. This struck me as cool, the nostalgia of them.”

You’re bringing your sixth sense to TV with your new show Songland – how did you become involved?

“Around three years ago I got approached by NBC. I had been a mentor before on The Voice for Adam and Pharrell and they approached me to replace Adam’s chair. He was getting kinda burned out. They called me and said ‘Adam is leaving and you’re first choice. You have 48 hours to decide.’ Before I had a chance to respond, they called me back and said ‘false alarm, Adam’s decided he does want to stay. However, we have another show that you could be the face of which makes more sense for you’.

“Dave Stewart of the Eurythmics came up with the idea initially and I obsessively love the Eurythmics; Annie Lennox is maybe my favourite female vocalist of all-time. Long story short, I was roped in as an executive producer and started fleshing out the show with Audrey Morrissey, the brains behind The Voice US and probably the top non-scripted TV producer in the US.”

There aren’t a lot of songwriting shows around so there’s definitely a gap in the market compared to shows like The Voice, isn't there?

“It starts with five mostly-unsigned writers that come in. You could be a school teacher in Bristol or a cabbie up in Liverpool who is a part-time songwriter but you’ve not really told anybody and send your song in. Each episode a different artist comes on, like Charlie Puth, Jonas Brothers, and the songwriters audition their songs in-front of me, Ester Dean and Shane McAnally. We narrow it down and me, Ester and Shane each produce a song down fully, aiming it at the artist. At end of the episode, the artist picks one and it becomes their new single. The songwriter could go from zero to having a John Legend single. It changes their life immediately.”

“Put it this way, this is the first song I’m doing interviews for. I haven’t cared to do interviews in a long time; I love this song and it sounds like OneRepublic on some 2019 s**t and that’s what we were going for. I wrote the treatment for the music video and the last I did that it was for Counting Stars. This might be the best video we’ve ever done. I’m so excited to put out new music.

“I got to the end of 2016 and really questioned if I wanted to do the band anymore. I had maximum burn-out. You go out on your promo tour and if a song is not the biggest hit in your career, you feel like you’ve wasted the last three months. I just don’t have it in me to do that again. Now it’s just about putting out a constant stream of music.

“Then back in December out of nowhere, I got reinvigorated to write OneRepublic stuff again. I had the concept from like four or five years ago ‘Rescue Me’ that I hadn’t really turned into me. Not even joking, the entire lyric came out at one time – which is a good sign – and the entire thing took five minutes. [laughs] Is it a first single? Not really, it’s the first single. But we probably have seven or eight other songs, almost an album.”

You worked with Pink for the first time on her new album Hurts 2B Human.

“Alecia… She’s in my Top 3 sessions of all-time. We literally laughed for four hours and then in the fifth hour thought she should probably write a song! The first song we wrote was Can We Pretend, which I’ve been told is her next international single for the UK, Australia and Europe. The song was written in probably an hour. Her lyricism is unbelievable, she’s one of the best lyricists. Top 3 with Adele and McCartney in terms of my enjoyment of the session. She was amazing.”

What is the one song you’ve written that we’ve not heard yet that you’re most excited for people to listen to?

“I have a number of singles that are about to come. I have an Ed Sheeran record that I still have to finish that I’m pretty excited about. A song I’m ecstatic about is the new 5 Seconds of Summer song. I’ll put it this way, it has a little Nine Inch Nails in it.”

OneRepublic's new single Rescue Me is out now.