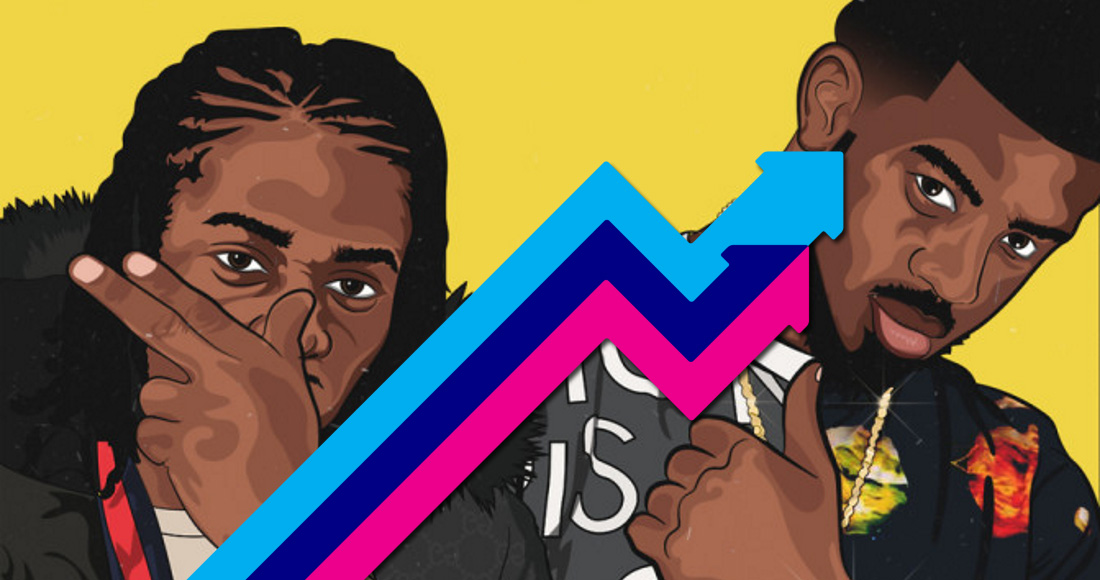 Russ & Tion Wayne are Number 1 on the UK's Official Trending Chart with their collaboration Keisha & Becky.

After debuting at Number 19 on the Official Singles Chart three weeks ago, the  drill track has now claimed new chart glory following the release of a new remix.

The new version includes an array of additional features from Aitch, JAY1, Sav’O and Swarmz, and its new accompanying music video topped two million views in four days. The buzz around the enhanced track sees it lead the trending tally, which reflects the Top 20 songs experiencing a spike in popularity this week.

BTS are also proving popular this week following the release of their new EP Map of the Soul: Persona. Lead single Boy With Luv, their new collaboration with Halsey, lands at Number 2 based on downloads and streams accumulated across the weekend, while the EP is heading for Number 1 on the Official Albums Chart. Another song from BTS - Ed Sheeran co-write Make It Right - also features in the latest trending Top 20.

Avicii is another artist whose brand new release is making a big impact this week: SOS is the first posthumous release from the Swedish DJ and features his Wake Me Up collaborator Aloe Blacc. The track heads up a posthumous Avicii album, called Tim, out on June 6.