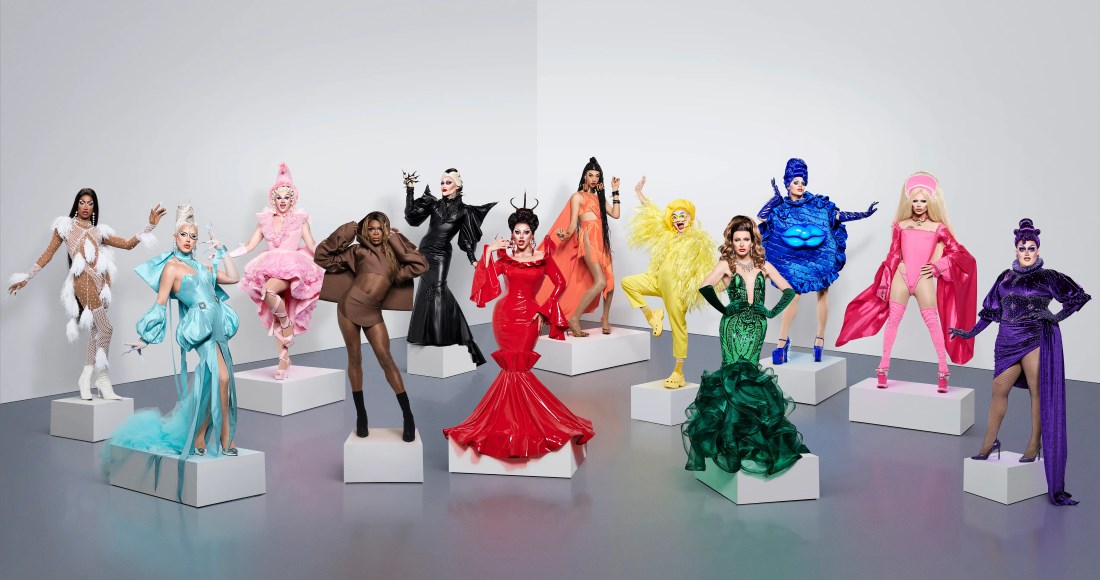 RuPaul's Drag Race UK may have sashayed away for another season, but Official Charts is on hand to give you your Thursday fix, untucking the stats behind the Lip Sync for Your Life songs that enjoyed the biggest uplifts this series.

A plethora of dancefloor stompers and heartstring tuggers were lip-synced to on BBC Three across the latest 10-week instalment, providing the UK with some much-needed Lockdown 3.0 entertainment.

In the season that saw the hilarious Lawrence Chaney snatch the crown, Bimini Bon Boulash capture the public's hearts as runner-up (not a joke, just a fact), and the United KingDolls pick up a Top 40 hit on the Official Singles Chart, which lip sync songs garnered the biggest spike in interest after airing?

You Keep Me Hangin' On - Kim Wilde

We start our engines with one of the most memorable lip syncs of all-time, mainly because one of the competitors didn't actually lip sync at all, and just upped and left!

Ginny Lemon decided she no longer wanted to be in the competition, content with her performance to that point. But she still went out in style, cackling to herself in a now meme-tastic exit from the runaway, leaving Sister Sister to win by default.

A Number 2 hit back in 1986, fans unfamiliar with the 35-year-old hit flocked to revisit You Keep Me Hangin' On, resulting in a 183% uplift compared to the previous week. Kim Wilde's joint highest-charting UK single was streamed 98,000 times post transmission, and downloads increased fourfold.

Tia Kofi has now released her own single Outside In, but prior to hitting the recording studio, she strutted her stuff to Cathy Dennis' Touch Me, losing out to eventual winner *insert scottish accent* LAWRENCE CHANEY!

For a song titled Touch Me, the song was ironically downloaded 69 times the week following the lip sync, and its overall sales increase clocked in at 326%, the largest seen across the season. Who knew a Drag Queen dressed as a pterodactyl/pigeon could boost your streaming numbers?

Last Thing On My Mind - Steps

Steps' first of 14 consecutive UK Top 10 singles got the lip sync spotlight during the semi-final, as Lip Sync Assassin Tayce survived her fourth sing off. Rival Ellie Diamond also sparkled her way through to the final as Mamma Ru decided to save both queens, which coincidentally was the last thing on our minds.

Averaging 30,000 plays each week in the UK, Last Thing On My Mind was firmly on many of yours as it racked up just shy of 70,000 streams the week after the penultimate episode. Here now starts the campaign to get Lisa Scott Lee as an Electric guest judge next series!

Lip Sync for Your Life songs from Season 2 of RuPaul's Drag Race UK: The biggest uplifts*