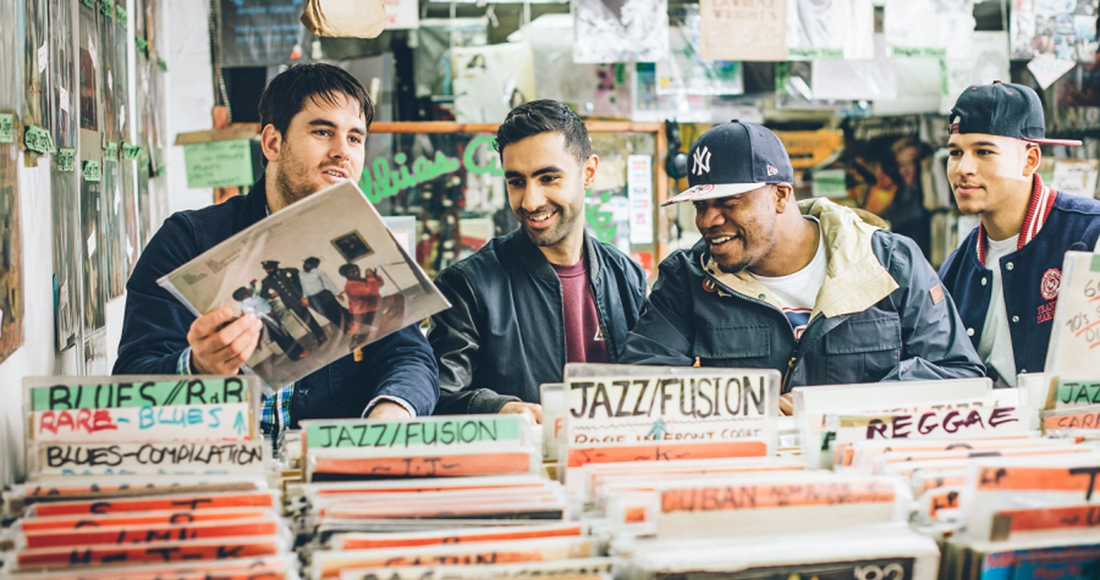 We caught up with Official Chart toppers Rudimental to get the lowdown on their debut album, Home, which is out today.

From scoring critical acclaim with their track Spoons FT MNEK & Syron, to hitting the top of the Official Singles Chart last summer with Feel The Love FT John Newman, and then again a few weeks ago with Waiting All Night FT Ella Eyre, it’s been a pretty crazy twelve months for Rudimental.

As the East London drum ‘n’ bass quartet geared up to release their debut album, Home, we caught up with Piers Agget, Kesi Dryden, Amir Amor and DJ Locksmith to get the lowdown on the record.

“Home goes back to all the influences we had growing up,” explains DJ Locksmith. “We’ve grown up with each other all of our lives, and we came together to make our first track, Spoons, and then Feel The Love.

“With this album we want to make you scream, shout, throw your hands up in the air!” he continues. “It’s full of excitement and vibes; it’s going to motivate you to do your dreaded Sunday clean as well as making you want to drive fast in your car!”

“There’s also some emotion on there, too,” adds Amir. “It’s designed to make you dance and to make you feel something, too.”

Home’s list of collaborators reads like a who’s who of hot UK and US talent. As well as featuring Spoons, Feel The Love, Waiting All Night and their Top 20 hit Not Giving In FT John Newman and Alex Clare, Rudimental have roped in a stellar cast including Angel Haze, Foxes, Sinead Harnett, Becky Hill, and a certain record breaking Scottish singer/songwriter by the name of Emeli Sande.

Check out our video interview below where Piers, Kesi, Amir and DJ Locksmith reveal their favourite tracks from the album: