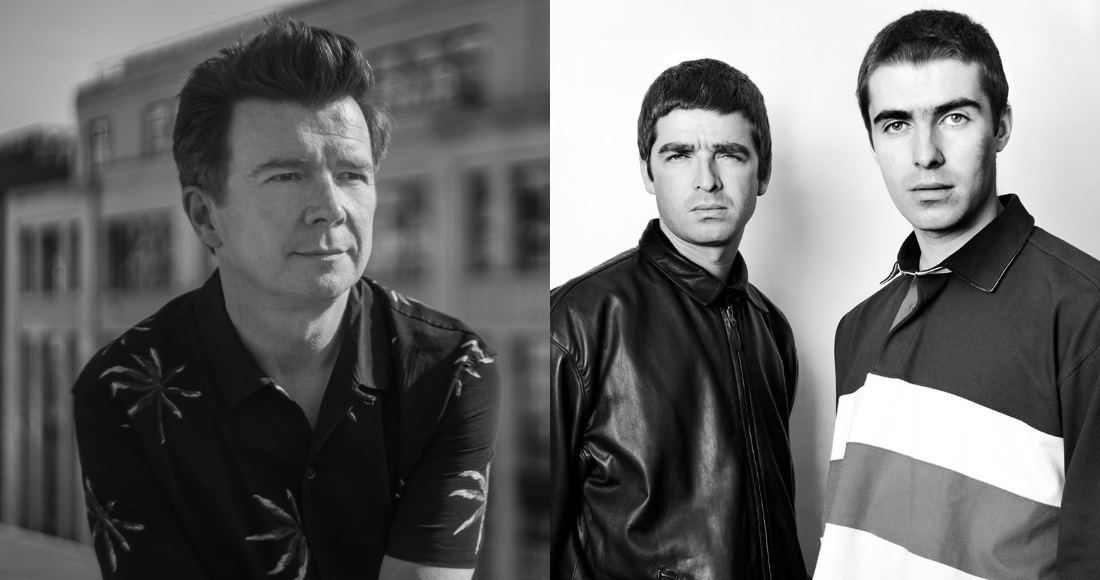 Iconic songs from Rick Astley and Oasis are the latest singles to pass one million sales in the UK, that's according to Official Charts Company data.

Rick's 1987 Number 1 smash Never Gonna Give You Up and Oasis' 1996 chart-topper Don't Look Back in Anger are two of four songs that have now passed the one million sales mark, based on physical CD sales and digital downloads.

Never Gonna Give You Up, currently at 1.002 million copies sold, was Rick's first single back in the late 1980s, his first of eight Top 10s in a row. While hugely popular in Rick's Stock, Aitken and Waterman era, the song is also famous for the second wind it received thanks to the 'Rick Rolling' viral video craze still popular on the internet today.

"It’s the song that keeps giving!" Rick told OfficialCharts.com. "Never Gonna Give You Up changed my life, it opened so many doors around the world and it all started in the UK. One million is a crazy number, I’m very proud of that record, but not just that, it’s part of my DNA and hopefully always will be."

In 2016, 50, Rick scored his first Number 1 on the Official Albums Chart in 29 years, a comeback that also heightened interest in his classic debut hit. Firmly back in the spotlight, Rick's new album Beautiful Life is released on July 20.

Oasis' Don't Look Back In Anger is another song that returned to prominence in recent years, and is Oasis' second million-seller after Wonderwall. The track has remained popular over the years with the British public, and last year it was used in tribute to victims of the Manchester terror attack. When Ariana performed the track with Coldplay's Chris Martin at the One Love Manchester benefit concert two weeks later, the song returned to the Official Singles Chart Top 40 at Number 25.

Speaking of Coldplay, the quartet's second Number 1 Paradise becomes their first song to pass one million sales, while LMFAO's Sexy & I Know It, a Number 5 hit back in 2011, joins Party Rock Anthem as a million-selling single for the uncle-nephew duo.

These four songs increase the list of the UK's million-selling singles to 175 songs.

View a full rundown of the best-selling songs ever in the United Kingdom.