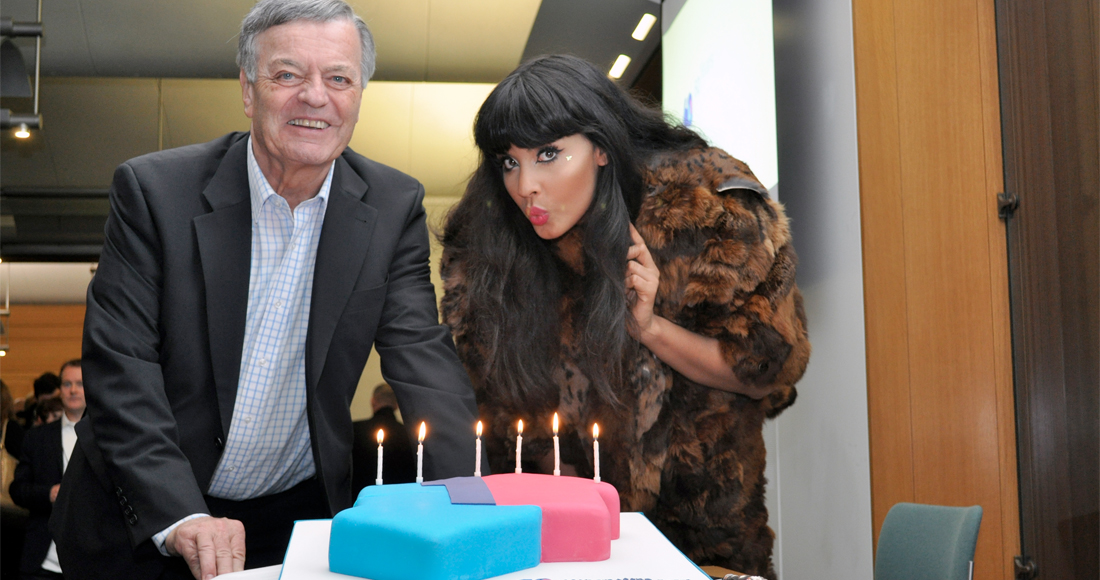 A selection of famous faces from across the decades, accompanied by the old school and new school of Radio 1’s Official Chart show, Tony Blackburn and Jameela Jamil, lined up to helped blow out the candles on a special birthday cake, on the eve of the chart’s anniversary.

The very first singles chart was published in the UK on November 14 1952, compiled by New Musical Express publisher Percy Dickins for the then new weekly music paper – with Al Martino’s Here In My Heart being the first Number 1.

Over the years, more than 1,200 additional singles have topped the Official Singles Chart – and a selection of the best known chart toppers came together to mark the anniversary: Sandie Shaw (who has had three Number 1 singles and eight Top 10s), Marc Almond (whose career as frontman to Soft Cell and as a solo performer has helped him secure a million selling single, two Number 1s and 10 Top 10s), andLiz Mitchell (the British vocalist of Boney M, who can claim two million-selling singles, two Number 1s and 10 Top 10s).

The celebration took place at a parliamentary reception, hosted by the Official Charts Company, in partnership with the House Of Commons All-Party Parliamentary Group On Music, as well as the music industry associations, UK Music, BPI and the Entertainment Retailers’ Association.