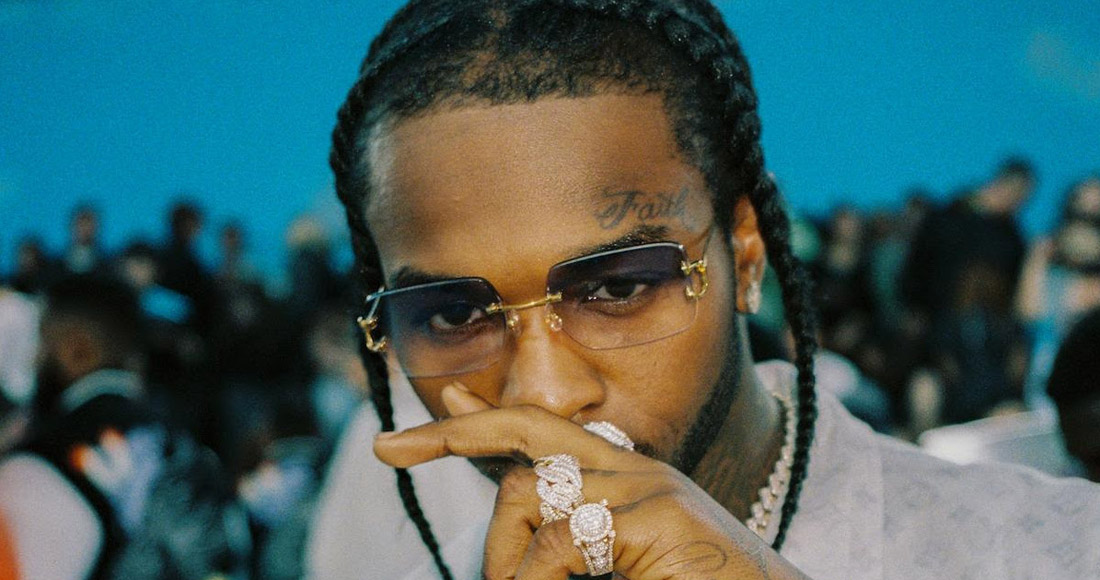 It's been announced that Pop Smoke's second posthumous album will be titled Faith.

Set to be released July 16 and now available to pre-order on Apple Music, the album will contain a total of 17 tracks.

A snippet of the record's last track, Outro, was also teased. "Keep your mind straight on the prize," the late rapper says in a speech.

"Don’t let nothin’ get in between, you know what I’m saying? Gotta focus up. Gotta be fully focused,”

The Brooklyn rapper's second posthumous record is available to pre-add/pre-order now via Victor Victor Worldwide/Republic Records. Watch a trailer for the collection below:

The album follows Pop Smoke's hugely successful posthumous debut Shoot For The Stars Aim For The Moon, which landed at Number 1 on the Official UK Albums Chart last September - the first ever posthumous debut by a solo artist to hit the top spot - and is certified platinum.

The record also spent two weeks at Number 1 in America, where it also earned the title as the longest running Number 1 hip-hop/R&B album since 1990.