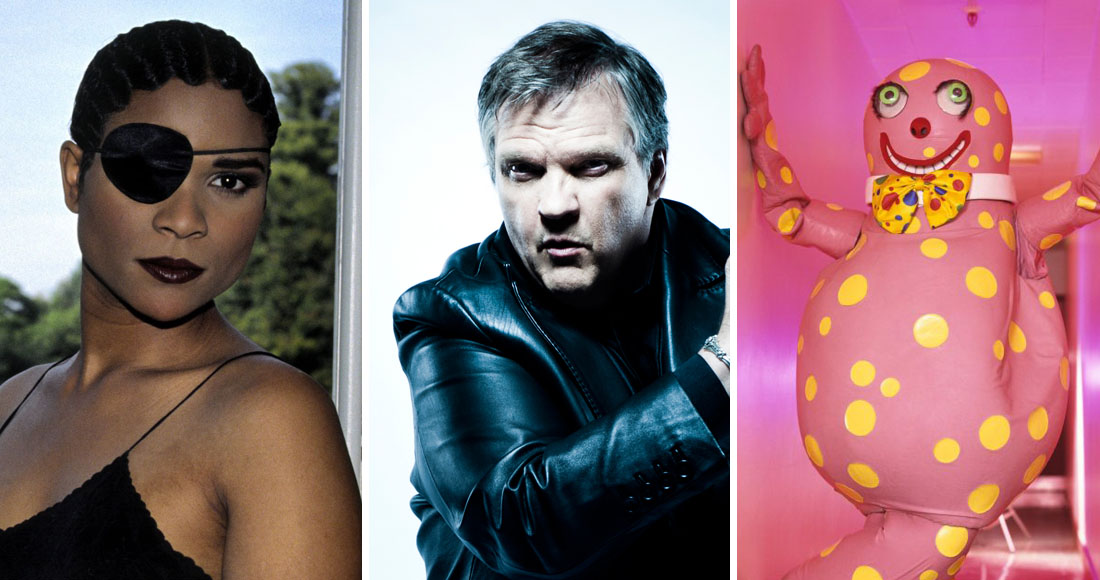 1993 saw Meat Loaf conquer the world with his single I'd Do Anything For Love (But I Won't Do That), which became the UK's best-selling single of 1993.

The singer's power ballad was a true phenomenon, topping the charts in 28 countries, including the UK's Official Chart, where it spent seven weeks at Number 1 and sold 723,000 copies that year, according to Official Charts Company data.

I'd Do Anything... served as the first single from Meat Loaf's Bat Out Of Hell II: Back Into Hell album, which was also the UK's top selling record of 1993. View Meat Loaf's Official Chart history in full here. Earlier this year, Meat Loaf collaborator Jim Steinman, who produced the song and its parent album, died aged 73 after a long illness.

In second place is UB40's (I Can't Help) Falling In Love With You, a reggae take on the Elvis classic that spent two weeks at the top in June and earned the band their third UK chart-topper, shifting 606,000 copies that year.

Swedish group Ace Of Base scored the third best-seller of 1993 with All That She Wants (604k). The track was the group's global breakthrough (Wheel Of Fortune was a hit in their homeland the previous year), and logged three weeks at the summit in May-June.

Rounding out the year-end Top 5 is club anthem No Limit by Dutch Eurodance band 2 Unlimited (532k) at 4, and the uplifting debut single from British singer-songwriter Gabrielle, Dreams, at 5 (513k).

Elsewhere, the 1993 Christmas Number 1, Mr Blobby (the first ever eponymously titled Number 1), notched up 512,000 sales to place sixth overall that year, and Whitney Houston's I Will Always Love You - the best-selling single of 1992 - continued to perform well the following year, finishing 10th with another 395,000 sales in 1993.

Further down, The Bluebells' 1984 single Young At Heart ranks 12th following a re-release thanks its use in a Volkswagen TV advert, which saw it top the chart in March.

Finally, Freddie Mercury places 20th after landing a posthumous Number 1 with a remix of his song Living On My Own, far outperforming the Number 50 peak of the 1985 original.