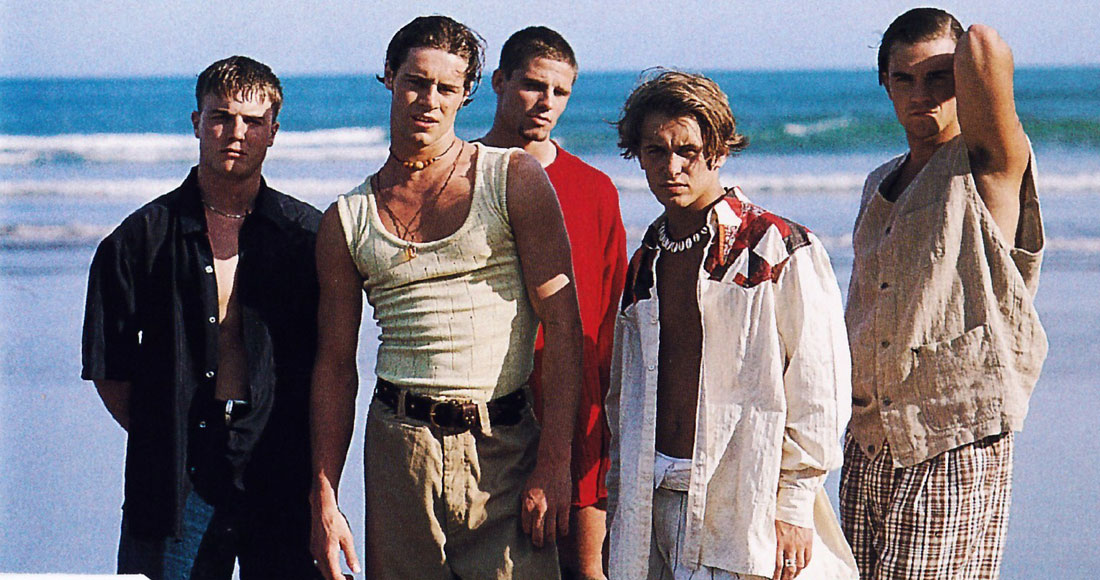 Few boy bands can boast more than a quarter of a century together, but then most boy bands aren't Take That, are they?

The group have had their fair share of dramas, including a shrinking and expanding (and shrinking again) lineup, but during all of that, they've delivered the hits - and landed their first Number 1 on the Official Chart with Pray this week in 1993.

The first single from their second album Everything Changes, the R&B-tinged Pray spent four weeks at the summit this time 24 years ago, and it would be their first of four consecutive Number 1 songs on the Official Singles Chart.

Supported by super slick video featuring the boys well-bronzed and in various states of undress, Pray sold just over 330,000 copies in 1993. It was, however, beaten by Mark Owen-fronted Christmas hit Babe in the end of year chart. Babe sold 350,000 copies and was that year’s 14th biggest seller.

Pray was eventually knocked off its perch by the record at Number 2 this week in 1993. Living On My Own was to be the first solo Number 1 for Queen frontman Freddie Mercury, who died in 1991. The track was originally released in 1985 but only reached Number 50. A contemporary remix gave the track a new lease of life, and once it deposed Take That, it spent two weeks at the top.

At Number 3, falling one place, is What’s Up by 4 Non Blondes. It was the band’s only Top 40 hit on the Official Singles Chart, but singer Linda Perry went on to pen oodles more hits – working with P!nk on that ridiculously good and far from ‘difficult’ second album Missundaztood featuring the Perry-penned Get The Party Started, and of course, Christina Aguilera’s Beautiful.

Chaka Demus & Pliers were at Number 4 with their debut hit Tease Me. They would have a total of six Top 40 hits, including a Number 1 a Number 1 with Twist and Shout in December 1993.

Further down at 15 was Dannii Minogue's sunny anthem This Is It, which was go on to become her third Top 10 hit, and Paul Weller was close behind at 16 with his fourth solo offering Sunflower.

Listen to the UK Top 40 from this week in 2000 on our streaming channels! Subscribe to our weekly Flashback playlist on Spotify, Deezer, Apple Music or click the image below: