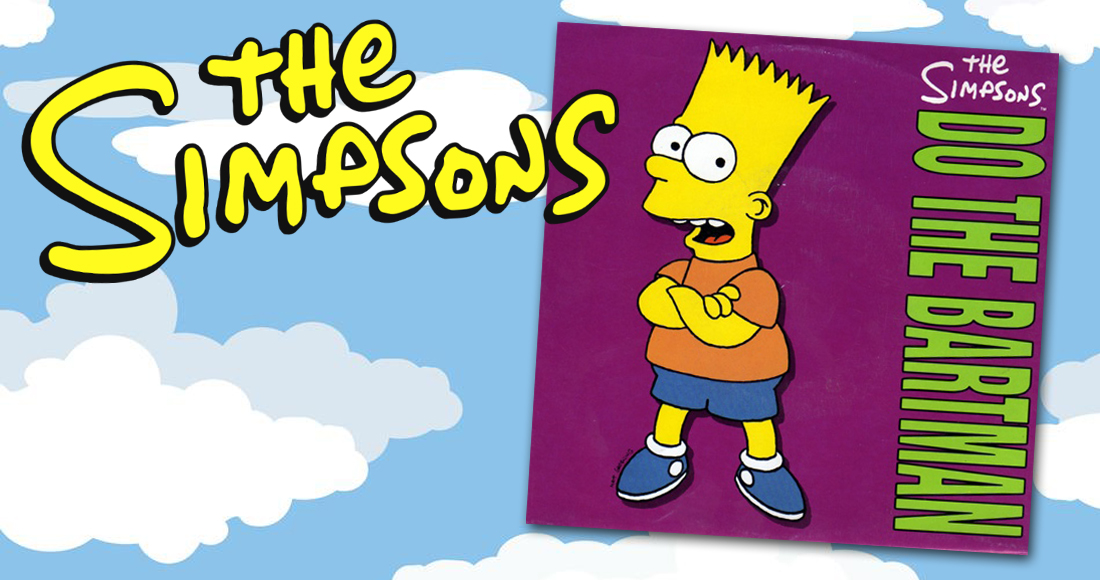 When the first episode of The Simpsons aired in December 1989, it was an instant hit with viewers across the world. As such, merchandise spin-offs were almost immediate; and one of the first was an album called The Simpsons Sing The Blues.

The collection was a mix of old blues songs by the likes of Billie Holiday and a sprinkling of original songs with humours lyrics for the voice actors to perform over. However, its creators had an ace up their sleeve in one of the show's biggest and most famous fans, Michael Jackson. The star, who was between his Bad and Dangerous albums at the time, offered to contribute a song for Bart Simpson, the show's central character at the time.

Teaming up with his songwriting pal Bryan Loren, the resulting Do The Bartman - an infectious slice of new jack swing that falls on the right side of cheesy - was a huge hit, climbing to Number 1 on the Official Singles Chart this week in 1991.

As well as featuring the cast (including Nancy Cartwright as the voice of Bart), Jackson provides back-up vocals on the track, though he doesn't appear on the single's original credits, which Groening later revealed was because Jackson was under contract by another label and so was forced to make his contribution a secret.

Another Top 10 hit, Deep Deep Trouble, followed three months later, but it's fair to say The Simpsons' music career was never going to be as enduring as the show.

Elsewhere in the Official Singles Chart this week in 1991, Kylie Minogue was enjoying her 12th Top 10 hit with What Do I Have To Do at Number 6 (her first single not to reach the Top 5), and Kim Appleby of Mel & Kim fame landed her second Top 10 single with G.L.A.D at 10.

Further down, a remix of The Source and Candi Staton's You Got The Love was in the middle of its chart ascent at Number 12, and there were new entries from electronic group 808 State, My Bloody Valentine and more.

Listen to the UK's Official Singles Chart Top 40 from this week in 2001 on Spotify below. Also available on Apple Music | Deezer.