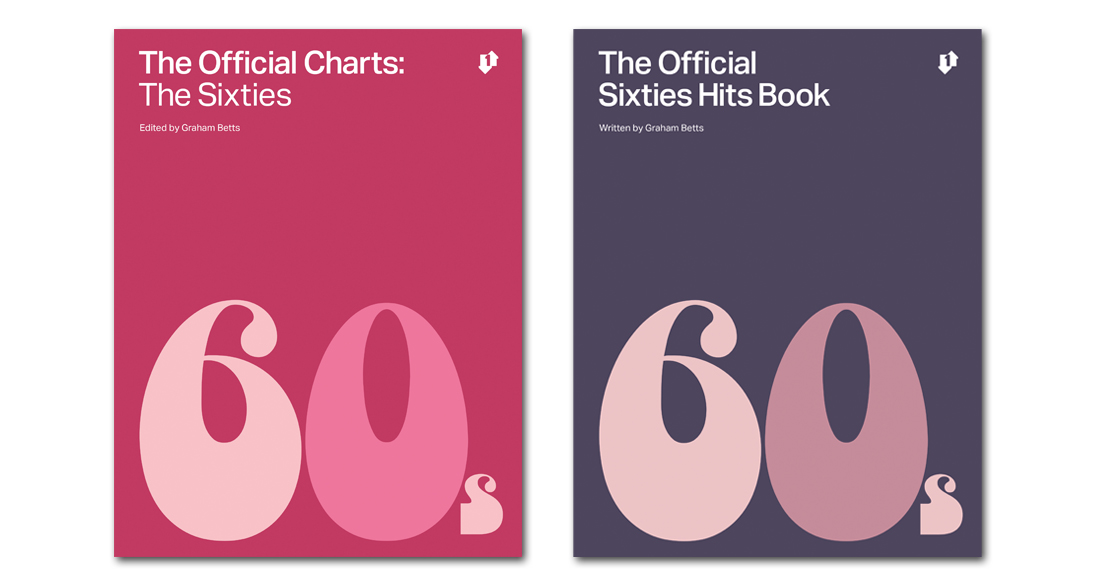 Official Charts continues its definitive series of UK chart books, designed to chronicle the history of the Official Singles and Albums Charts, with the release of two Sixties books.

The Official Charts: The Sixties, pictured above, offers a comprehensive chronological listing of all the singles, albums and EP charts by week, from January 1 1960 to December 27 1969.

Meanwhile, The Official Sixties Hits book is a companion encyclopaedia of all of the releases which reached the charts in that decade, listed by artist and packed with chart facts. The full charts are detailed here as they were published firstly by NME and Melody Maker and subsequently Record Retailer.

For the first time, the Official Charts book also presents chart fans with possible alternative charts for two weeks in 1969; one which shows a possible breach of chart rules that led to budget albums being included in the chart for March 8 1969, and on October 4 1969 there is the inclusion of a chart from Record Mirror alongside that of Record Retailer which suggests a different album chart rundown.

The new series of books – published by the Official Charts Company as print on demand volumes, produced through the Kindle Direct Publishing platform - will provide music fans of all depths of interest the opportunity to delve into music history decade-by-decade and will represent an indispensable overview of the history of the Official Charts in the UK.

Over the coming months, further volumes will be published covering other chart decades, ultimately producing a library spanning the history of the Official UK charts, from the Fifties, right through to the present decade.

Overseeing the mammoth task of putting together this series is chart expert / archivist Graham Betts, who acts as writer and editor for the series. For the Sixties books, Betts has collated biographies, as well as data on awards, certifications and much more, all of which is presented around the UK chart information managed by the Official Charts Company.

Order your copy of The Official Charts Sixties books on Amazon:

The Official Charts - The Sixties

The Official Singles Charts: The Eighties

The Official Albums Charts - The Eighties

To celebrate the release, OfficialCharts.com has revealed the UK's biggest '60s hits of the digital era. Taking in downloads since they launched in 2004, audio streaming since 2014 and video streams, the biggest single is The Jackson 5's I Want You Back.

Behind The Jackson 5 is Brown Eyed Girl by Northern Irish singer-songwriter Van Morrison. The track was first released in 1967 and despite being a huge hit in America - where it peaked at Number 10 - it didn't chart upon its original release in the UK, reaching Number 60 some 46 years later in 2013. The song has become a staple on classic pop radio over the years; in the digital era its chart sales stand at 830,000.

The Official Top 10 biggest '60s songs of the digital era*