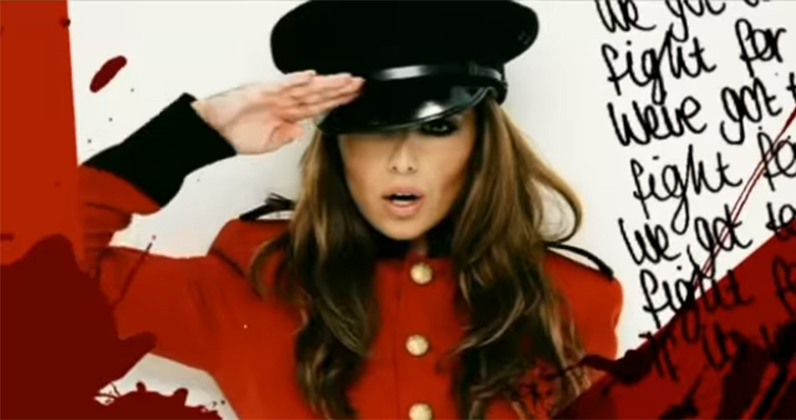 Going solo is always a pretty big deal for any popstar who has enjoyed huge success as part of a group, but expectations were especially high for Cheryl Cole, as she was then. Success isn’t guaranteed for ex-band members – some of the most popular singers from the biggest groups haven’t been able to cut it alone.

The Newcastle-born star was arguably the most famous member of Girls Aloud, thanks to a high-profile marriage to football ace Ashley Cole, lucrative ad campaigns and a seat on the most well-known judging panel in Britain. Cheryl could quite easily have stayed behind that famous X Factor desk and lived happily ever after, but she wasn’t done with pop yet.

After a feature on will.i.am’s 2008 hit Heartbreaker, Cheryl seemed to make solo stardom look effortless. Almost 18 months later, when she was good and ready her debut single Fight For This Love went straight in at Number 1 on the Official Singles Chart, ten years ago this week. Cheryl recently celebrated the milestone herself:

I can not believe it has been 10 years since Fight For This Love was released, 10 YEARS!!! Thank you so much for all the memories and love for this song. I am as thankful today as I was all those years ago. Thank you @xhannahtweedy for this amazing edit. I appreciate it so much. Soldiers, I SALUTE YOU 💂🏼‍♂️❤️

Fight For This Love wasn’t just a Number 1; it was a phenomenon, selling over 430,000 copies in its first two weeks on sale - no doubt boosted by this stellar performance on X Factor. Cheryl knocked her former X Factor protégée Alexandra Burke off the top and stayed there two weeks until another bunch of X Factor stars sent her packing – JLS’s Everybody In Love was the song to do the deed.

Fight For This Love was the first of five Number 1s for Cheryl – she also hit the top with Promise This (2010), Call My Name (2012), Crazy Stupid Love and I Don't Care (both 2014). See where all of Cheryl's singles and albums have charted in UK.

Fight For This Love has a total of 1.17 million chart sales in the UK, 1.04 of which are pure sales - one of the few tracks in UK chart history to pass the one million sales figure. Since streaming records began in 2014, the song has been played 14.7 million times.

Elswhere in the Official Singles Chart that week, Whitney Houston returned to the Top 10 for the first time in nine years with the Alicia Keys-penned Million Dollar Bill (5), and Black Eyed Peas were climbing fast with their future Number 1 Meet Me Halfway up 15 to Number 11. Further down, Alphabeat were new at Number 20 with often-forgotten gem The Spell.

Listen to the Official UK Top 40 from this week in 2009 on Spotify below: