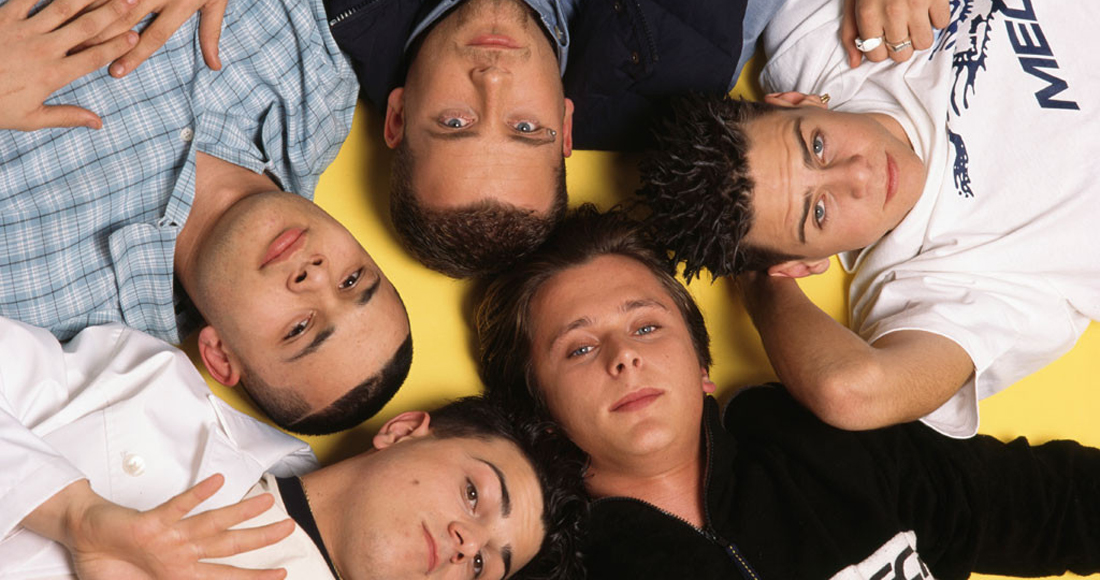 Some popstars score a Number 1 with their very first hit, and, of course, some never manage it at all. But somewhere in between, there’s the pop acts who have to wait a bit before they finally reach the summit of that all-important Official Singles Chart. And, this week in 1999, after three Number 2 hits in a row, it was Five’s turn to score a Number 1.

Keep On Movin’ had a decidedly different vibe from some of Five’s other tracks. Bar a couple of exceptions, J, Sean, Ritchie, Abs and Scott were known for attitude-packed tracks like When The Lights Go Out and Joan Jett-sampling Everybody Get Up, but Keep On Movin’ was a feel-good anthem that told you everything was going to be OK, as long as you kept your chin up. Although Five’s future would be much less straightforward, of course, but that was all still to come…

Keep On Movin’ knocked Westlife’s epic ballad Flying Without Wings off Number 1 and managed a week at the top spot before former Spice Girl and chart juggernaut Geri Halliwell booted them off with her second Number 1 of the year – Lift Me Up. Keep On Movin’ sold over 550,000 copies.

Two more Number 1s were on the way for Five: a collabo with Queen on We Will Rock You in 2000 and two weeks at the top with Let’s Dance in 2001. All 11 of their singles went Top 10, starting with Slam Dunk (Da Funk) in 1997 and ending with Closer To Me in 2001. One band member became ill and the rest weren’t really feeling it any more, and the band split.

Abs enjoyed three Top 10s as a solo act – and later changed his name to Abz – and there was talk of the band reforming in 2006 as a quartet, but despite recording sessions and plans for a documentary, it never happened.

There was, of course, that famous Big Reunion, erm, reunion in 2012, when everyone but J got back together to tour with other veteran pop acts. Abz has moved on since, but the other three are still together and touring.

2: R Kelly – If I Could Turn Back The Hands Of Time

3: Christina Aguilera – Genie In A Bottle

The song that started it all for Christina and a former Number 1, find out more about Genie In A Bottle’s time at the top.

A third of a whopping 14 Number 1s for the Irish boyband, Flying Without Wings would, in 2004, be the first Number 1 on the Official Download Chart. It’s sold over 450,000 copies.

A 16th Top 10 for the elusive chanteuse, Heartbreaker was the lead single from Rainbow, the star’s seventh studio album. It would go no higher than Number 5 – it’s sold over 200,000 copies. The video is well worth a watch for the sight of Mariah smacking the heck out of her alter ego.

This time last year…
Lorde became the youngest female solo star to debut at Number 1 since Billie in 1998 – Royals deposed OneRepublic at the top spot and blocked X Factor star James Arthur with You’re Nobody ‘Til Somebody Loves You. See the full Top 40 from this week in 2013, including new entries from Showtek, Union J, Eminem, Justin Bieber, Icona Pop and more.