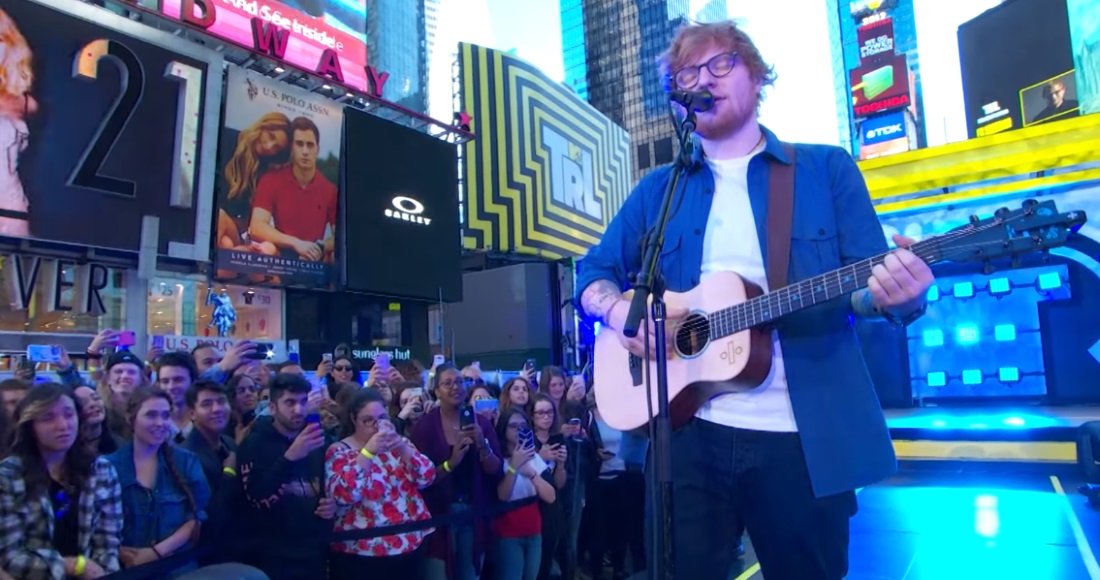 After nine years away, MTV has brought live music back the channel as Total Request Live, aka TRL made a triumphant return.

Back at its iconic home of Times Square in New York City, TRL brought in DJ Khaled as a guest host for the opening broadcast, while Ed Sheeran and Migos performed for the lucky fans in the audience.

Between 1998 and 2008, TRL was hosted by Carson Daly (who now hosts The Voice in the US) and welcomed guests such as Britney Spears, Beyoncé and NSYNC. The show was so popular that a UK spin-off was created with Dave Berry, Emma Griffiths and Alex Zane at the helm in Leicester Square.

On last night's show, Ed Sheeran delivered a rousing performance of his Number 2-peaking track Castle on the Hill, plus gave a rendition of new single Perfect.

TRL will air every weekday on MTV in the US at 3:30pm EST. Noah Cyrus, Simon Cowell's new boyband PRETTYMUCH and rapper Cardi B, currently at Number 1 in the US with her single Bodak Yellow, are confirmed for tomorrow's show. Mariah Carey will appear on Thursday.

Official Charts recently looked at some of the most memorable moments in the show's history, including Mariah Carey arriving with an ice cream cart and when Michael Jackson performed.