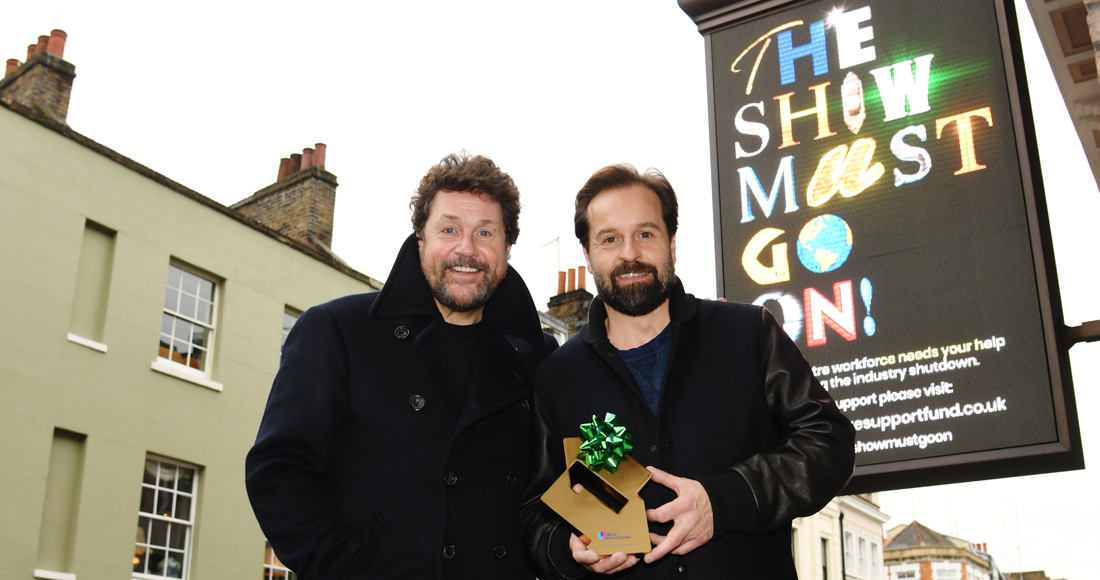 Michael Ball & Alfie Boe kick off the festive season in style as their new album Together At Christmas lands straight in at Number 1 on this week’s Official Albums Chart.

The pair’s fourth studio record is their third to reach Number 1, following Together (2016) and Together Again (2017). Together At Christmas racked up 32,882 chart sales this week, 96% of which were physical sales.

It's also the second Number 1 this year for entertainer Ball - who topped the Singles Chart with national hero Captain Sir Tom Moore with a stirring rendition of You'll Never Walk Alone.

The duo told the OfficialCharts.com: “We just want to say thank you so much for getting us to Number 1, we really appreciate it. This is all for you – to bring you a bit of cheer this year. We’re sending lots of love, have a very Merry Christmas.”

MORE: View every Number 1 album ever on the Official Chart here

It means BTS settle for Number 2 with BE, their fifth Korean-language album and their fourth Top 10 collection in the UK in just two-and-a-half years.

A vinyl release of Taylor Swift’s former chart-topping album Folklore sends the record back into the Top 10 at Number 4, and racks up the most sales on vinyl this week, making her Number 1 on the Official Vinyl Chart. Folklore is one of the UK's biggest albums of 2020 so far - view the full list, including blockbuster LPs by Dua Lipa and Lewis Capaldi.

US singer Josh Groban enters at  24 with Harmony, his ninth Top 40 collection, and Tim Minchin’s Apart Together is new at 27.

Finally, Jamie Cullum’s The Pianoman At Christmas (31), a 20th anniversary reissue of Coldplay’s Parachutes (34), and Music Trial & Trauma – A Drill Story by Brixton rapper Loski (39) all land inside this week’s Top 40.