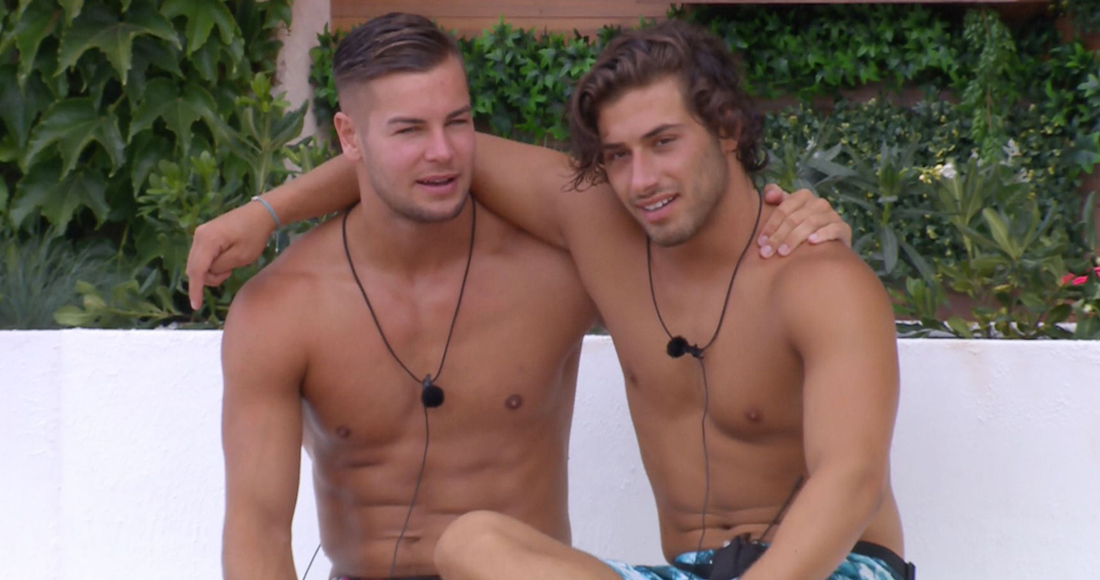 Love Island stars Chris & Kem are set to take the Official Chart by storm this week with their debut single Little Bit Leave It.

Chris, who finished third in the series, and Kem, one of half of the winning couple alongside Amber Davies, released the new track late on Monday night (Oct 2) after Straight Out Of Love Island, an ITV2 special showing what the pair have been up to since leaving the famous villa.

After one full day of sales, Little Bit Leave It is currently at Number 22 on the Official Singles Chart. Based on its current sales momentum, it could finish inside this week's Top 5 - and a Number 1 debut isn't out of the question.

The Top 3 in today's sales flash (Oct 4) is already very close. US rapper Post Malone is leading the way at Number 1 with Rockstar ft. 21 Savage, while Sam Smith's Too Good At Goodbyes is close behind at 2, and Camila Cabello's Havana is at 3.

Little Bit Leave It was produced by Z Dot who has worked on tracks for the likes of Stormzy, Wiley and Professor Green. The latter acts have scored Number 1s on the Official Singles Chart while Stormzy scored a debut Number 1 on the Official Albums Chart earlier this year.

The pair are the latest reality stars to pursue music careers. Last month, The Only Way Is Essex star Megan McKenna released High Heeled Shoes and Far Cry From Love following her ITVBe documentary series about budding country music career. Her songs  subsequently charted in the Official Singles Chart Top 100. Meanwhile, fellow Love Island star Marcel Somerville and teamed up with his former Blazin' Squad bandmates for a handful of gigs off the back of the show's success this summer.

MORE: Blazin' Squad have more Top 10 hits than you remember

Chris & Kem will be on BBC Radio 1's Breakfast Show with Nick Grimshaw tomorrow morning (October 4) to discuss their new careers as recording artists. Not bad going for a farmer and a hairdresser.

This week's final Top 100 Official Singles Chart will be published at Friday 5.45pm here. Follow the Top 40 will be counted down on Radio 1’s Official Chart show from 4pm.