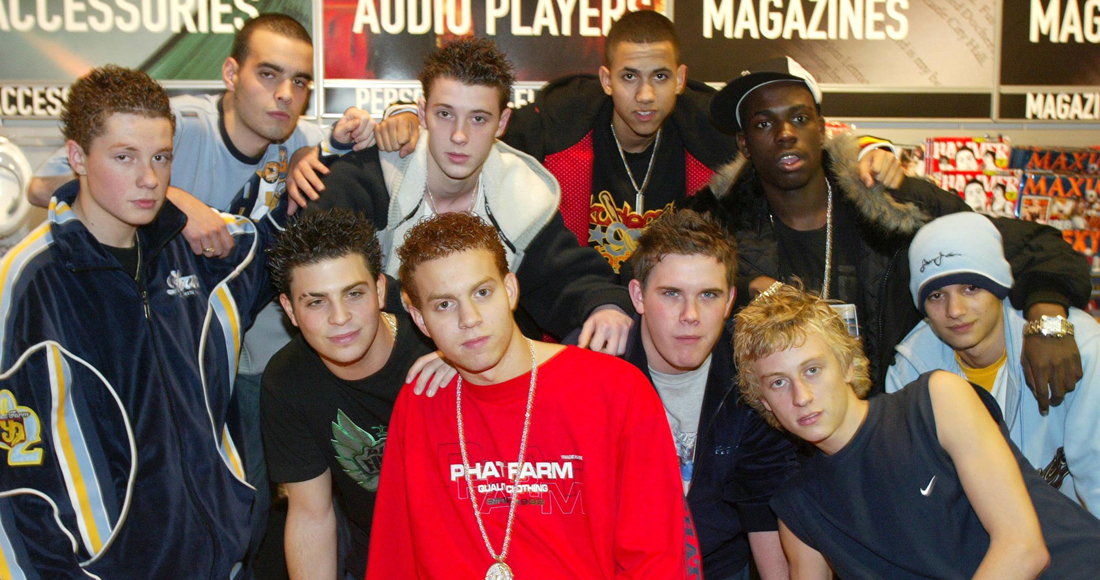 UPDATE: Due to "phenomenal demand", as well as playing London's Koko on November 26, the group will also perform at The Electric in Brixton on November 27.

Arriving off the back of member Marcel's stint on ITV's Love Island, we'll let you decide whether this means noughties nostalgia has reached or officially just passed its peak; but what is surprising is just how many hits the 11-strong group notched up in little over 18 months.

Everybody remembers Crossroads, the group's debut single that had an innocent charm to it that debuted straight in at Number 1 on the Official Singles Chart in August 2002. Likewise, Flip Reverse - an all-round slicker affair from their second album - holds nostalgic charm for a certain age group. That single reached Number 2, held off the top spot by Kylie's Slow.

Crossroads is, according to Official Charts Company data, the band's best-seller with 165,000 copies sold, followed by Flip Reverse on 106,000.

But do you remember the five other Top 10s they released? Their second single Love On The Line, which includes the brilliant line "1, 2 what-cha gonna do?/ Stay at mine, sounds fine", topped out at Number 6, while a double A-side release of Reminisce/Where The Story Ends landed at Number 8.

All three singles featured on their debut album In The Beginning, which didn't fare quite so well on the chart, peaking at Number 33 - though it's sold a not-too-shabby 133,000 copies.

The lead single from their second album, called We Just Be Dreamin', was also a hit, peaking at Number 3 in July 2003, and what was to be their final Top 10 single, the boombastic Here 4 One, reached Number 6.

You can watch the group (minus a few members including Kenzie Flava and Strider) perform these and most likely a few other songs at London's Koko on November 26 and November 27 at The Electric in Brixton. Tickets go on sale here on August 10 at 9am and cost £22.50 plus booking fees.

Reminisce with all the best bits of noughties pop in our gallery below: